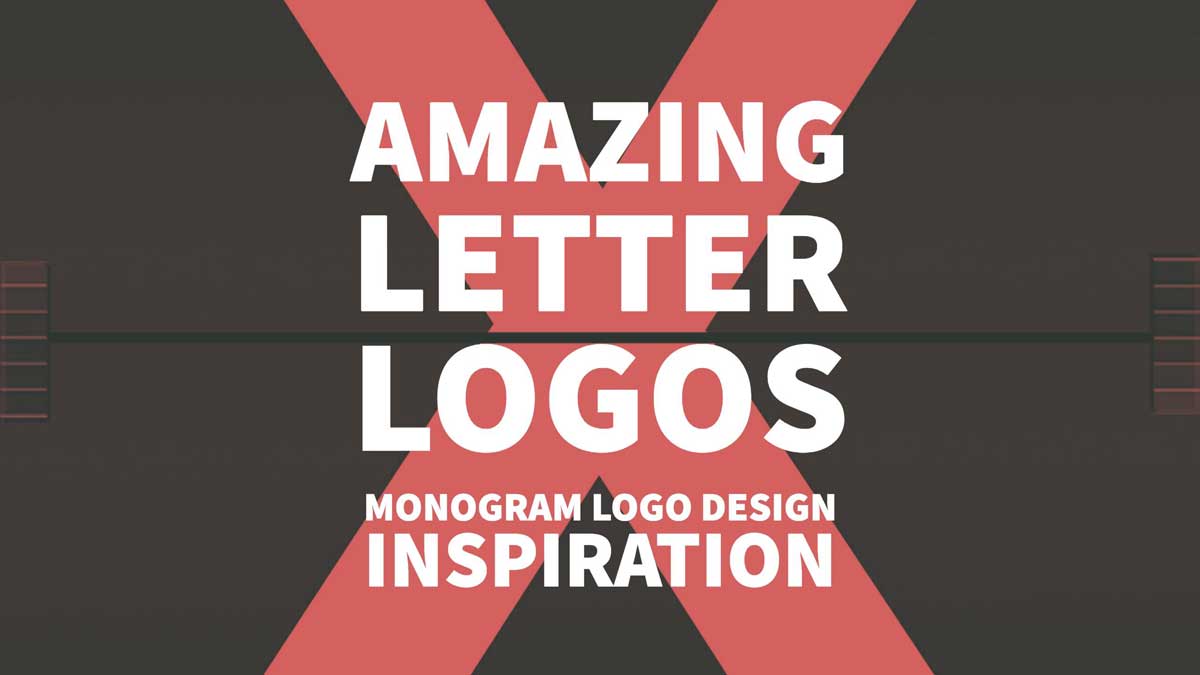 Inspired by a blog post on Logoholic (an old logo blog we used to publish) from several years ago, here is an updated collection of amazing letter logos for branding inspiration. A lot can be said for a simple, one-letter monogram logo design, so here are our favourites for each letter of the alphabet.

Click for more information, including the logo designer and the project details. If you need help with a custom logo design for your business, be sure to get in touch with Inkbot Design to request a quote.

Enough talk, let us look at the most amazing letter logo designs online!

a / astronaut logo design by Dmitry Stolz
A by Kakha Kakhadzen
Coding A by Victor Belinatti
Letter A made of code! I used sublime text for inspiration, haha. Hope you guys enjoy it!
letter A by Yuri Kartashev
A by Ignas

B logotype by Nick
Bettr Logo Design by Marco de Sousa
Logo mark for Bettr Bank
Bluebox Logo by Mateusz Nieckarz
Bluebox deals with transport & shipping for commercial sector
‘BlueFrog’ Unused Logo by Jord Riekwel
A thing I did for a client, via an agency. The client decided to go with something else. I seriously love this one, hope it will end up being used.
b + person by Bauke
Another concept for the human resources company. This time with a lowercase B and one person in the negative space.

Letter C + hills by Milosz Klimek
Sign created for sport/recreation resort based in Poland. Two main hills in the resort (a bigger + a smaller one)
C Logo Design by Damian Kidd
Working on a letter C mark.
The concept is DNA, the building blocks of what makes us (nothing to do with science). The C mark represents a molecule that carries most of the genetic instructions used to develop and function at a higher level.
C for Cathedral by Kakha Kakhadzen
C icon by DDCo by Aiste
Letter “C” icon. Rejected proposal.
Celilo Builders Final Design by Lucas Fields

G / Logo by Matthew Wiard
Another stylized G for something golf related.
Letter G Logo by Case Morton
Working on a mark for a new project. The product name starts with a G
G Logo Design by Kakha Kakhadzen
G – Monogram Logo by Vaibhav Jadhav
Logo concept for a consultancy firm. The challenge was to make “G with Growth, Youth & Dynamic” into the symbol. Have you seen anything close to this and what are your overall thoughts?

J Logo Design by Glenn Catteeuw
A logo proposal for a painter.
JRL Strategies Final by Ryan Prudhomme
Final approved mark for the JRL strategies logo refresh. Always enjoy getting to revisit past projects when I get the chance.
Jacquard by Kevin Burr
After some long and thoughtful discussions, the client decided to move to another one of the comps presented during the initial logo proposal. We both felt this was a better fit for him and that the J mark would be more effective as a standalone mark.
Letter J + shield mark by Filippo Borghetti
Logo for we Jedinger – a company that renovates buildings and flats
J Logo by Owen Roe
Jade eSports Logo

Personal K Monogram by Kemal Sanli
K logo design by George Bokhua
K / Face / Smile by Alfrey Davilla | vaneltia
Working on a logo for a dentist.
Green K by Roma Korolev (kaer logo)
Kiva Rebrand (For Fun) by Jared Granger
Another quick early morning exercise. I’ve always appreciated what Kiva does for people. Here’s my solution of an update to their current visual brand utilising their current concept of leaves forming a K.

Experimenting with gradients by Jovis Joseph Aloor
Recently I was designing a logo...And i found out this color palette and went all crazy with it ..Do you guys dig it or is it just a piece of crap
Parrot letter P logo by Yuri Kartashev
Point by Rokas Sutkaitis
Logomark design for Wearepoint.
I’m not a fan of putting designs into a forced grid, yet while working on this logo the proportions felt natural.
P for Piano by Jeroen van Eerden
Came up with this monogram idea the other day. Just for fun. I saw some similar ones that have been done before, but not like this. Happy to hear your thoughts!

Letter Q Logo by Steve Wolf
Just a Q. Had this leftover from a project and liked the shape of this letter.
Q Brandmark by Weather The Norm
Part of a logo concept for a product in the technology/electronics industry.
Letter Q by Vladimir Biondic
Quarter by Marcus Kelman
A quick idea I had for representing a quarter using the letter Q.
Q letter Logo by Rubén Ferlo

Resolve ProductLab, industrial design logo design by Alex Tass, logo designer
Logo design proposal for Resolve ProductLab an industrial / product design studio.
Rocket R by Sahil Sadigov
R / Monogram by José
Working on a monogram for Rob Turlinckx.
R mark by Jonas
Have been working on a simplified R mark for a new project the last days, let me know if you know anything similar.
Ruston Eats Logo by Zach Hannibal
A logo for a fictional local food news website called Ruston Eats. The R is for Ruston. The fork is cause you eat with forks. The fork forms an E maybe? Idk.

Talk by Jeroen van Eerden
T for Talk symbol concept.
Anything like this been done before?
T Logo by Rico John Jambaro
T block logo by Ryan Prudhomme
Another T I worked on for this project. Probably not going to make the cut though.
Letter T Logo Design by Satriyo Atmojo
T-Circuit by Quincy Ho
Mark exploration combining the letter “T” + “Circuit” concept.