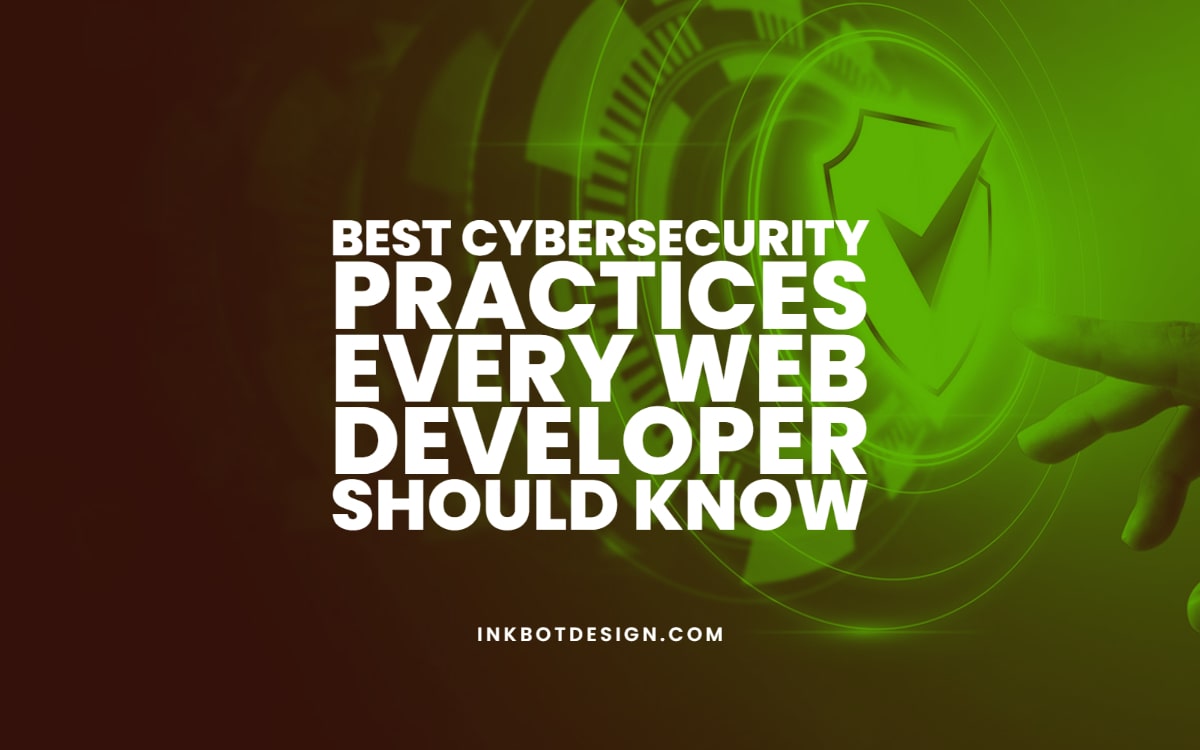 Did you know that everything that has access to the internet can be hacked, from the software systems of fortune 500 companies to the IoT devices at your home?

Even the most minor vulnerability or weak link can leave your systems exposed to a plethora of cyberattacks, such as Cross-Site Scripting (XSS), SQL Injection, DDoS attacks, Malware, Bots, Cross-Site Request Forgery (CSRF), broken authentication, and exploiting inclusion vulnerabilities – LFI and RFI.

Every year, companies lose transactions, personal information, confidential data, and other compromising information to third parties. Seeing the increase in data breach incidents, we can imagine why you should integrate security from the initial stages of development and not as an afterthought.

However, modern developers are often required to ensure faster application delivery. Their strict deadlines make it impossible to follow basic security principles, thus accidentally leaving unpatched vulnerabilities in the systems, which the attackers can later manipulate to their whims. Let’s look at cybersecurity best practices that can help developers control their security risks and ensure more resilient systems.

Most common Development Mistakes That Lead to Cyber Attacks

Using old libraries and software versions when building secure applications gives way to vulnerabilities the attacker can exploit to insert malicious code and access sensitive data and confidential information stored on your server.

Sensitive data, such as credit card numbers, passwords, or personal information, are displayed in logs or transmitted to a third party in cleartext. If this data ends up in your source code version, it can be intercepted by a third party.

One of the most extensive testing mistakes developers make is using backdoor accounts during testing, forgetting to retire them and removing all login credentials once they are no longer needed. Unfortunately, attackers gain root access to vulnerable devices if they discover these.

You may also like:   Omnichannel Marketing: Merging Channels For Your Marketing

Legacy software, if written without secure coding practices and not updated frequently, can fall prey to cyber-attacks & data breaches.

Developers often use XML in a web project but neglect to update all XML libraries as soon as they are patched for any vulnerabilities. Hackers can inject malicious content into your code via XML processors and wreak havoc on the system.

Developers sometimes store passwords, keys or tokens in the source code or source code repository, which can potentially be discovered by anyone who has access to the software’s development environment. If attackers catch hold of the authentication data, they can quickly access the system or its components.

Developers often use components or dependencies instead of writing the algorithms from scratch. However, this code may contain hidden backdoor accounts or vulnerabilities, exposing you to external threats.

1 – Start Testing during the Design Phase

Cybersecurity should be considered from the onset of your project, starting from the planning and design phase, not as an afterthought.

Even when gathering requirements for a new development project, it is imperative to plan for any possible vulnerabilities and future risks that may rear their heads throughout the entire application lifecycle. This means you should consider security whenever you add a new feature/functionality or make changes later.

Next, when you are in the design phase, try to fix any loopholes you find here instead of waiting for later. You should use a threat modelling process to ensure your web design is fail-safe and compliant. Ideally, the development team should consult security analysts to double-check whether they have considered all possible risks.

For instance, developers should perform threat analysis, implement design principles like server-side validation to mitigate risks, apply the principle of least privileges to give users only the privileges they need, ensure all passwords are strong and implement encryption for sensitive data at rest and motion. Efficient design practices reduce time to market and allow for maximum cybersecurity at this stage.

All Developers should be aware of the Open Web Application Security Project’s Top 10 and the SANS Institute’s security checklist to learn about all the issues you must avoid during coding. Instead of treating these cybersecurity vulnerabilities as just another bug to fix, developers should work to eliminate their root cause.

Secure coding standards within an organisation define what type of code needs to be written and mitigate the risks of vulnerabilities. Here are a few Web Application security best practices that all developers should familiarise themselves with:

You may also like:   Ecommerce Marketing: Why It's Important And How To Do It

3 – Using both client-side and server-side validation

Before submitting data to the database, it is vital to ensure all the required form controls are filled out correctly. This form of validation in the browser is known as client-side validation.

It protects against user error, such as inputting a weak password or forgetting a field, by offering real-time feedback to the user using JavaScript. On the other hand, during server-side validation, input submitted by the user is sent to the server and validated using one of the server-side scripting languages such as ASP.Net, PHP etc.

This validation prevents users from forcefully injecting their code into your database. Some developers believe that client-side validation is enough to ensure cybersecurity.

However, the drawback of this approach is that a user with malicious intent can pass through your cybersecurity defences by turning JavaScript off or manipulating the application into accepting data that it shouldn’t. Client-Side Validation improves the user experience by responding quickly at the browser level, but Server-side validation is better at preventing injection attacks.

An exception is the breaching of predefined assumptions of the application, such as incorrect inputs from the user, bit-level memory or data corruption, or even software design defects that cause a system to enter an undefined state.

Proper exception management helps developers build high-quality and robust applications with fault tolerance and avoidance, while an inappropriate way of handling exceptions can degrade the performance.

No matter how many exceptional conditions a developer anticipates when the system is designed, it is impossible to cover all exceptional cases. This is why bringing down the system without causing significant hazards is better.

You should reject the operation from a cybersecurity standpoint if an undefined and unanticipated exception occurs. An application that fails securely will prevent operations from unintentionally being allowed.

5 – Apply the Principle of Least Privilege

Be it a web application or a business’s IT system, developers should remember to give users only the privileges they need to complete their intended tasks instead of giving everyone the same level of access.

You may also like:   The Impact Of Branding On Consumer Perception & Behaviour

The principle of least privileges prevents anyone from performing a task that could crash the application or even the entire platform in some cases. It also eliminates unprivileged users from the blame in case of a breach.

Developers should implement high-level authentication and ensure that websites only accept solid and alphanumeric passwords that expire within a set timeframe. For instance, your website should only accept passwords that contain a minimum of eight characters and a mix of upper, lower and special characters that are hard to decode using brute force and dictionary attacks.

Using a multi-factor (a combination of static and one-time password) or biometric authentication (retina scan or fingerprint) also works to secure your website from external threats. In addition, developers should also remember to implement an account lockout if a user attempts a certain number of passwords.

This testing involves breaking into systems from an external boundary to expose security weaknesses and vulnerabilities. Vulnerabilities will always exist, no matter how secure your cybersecurity systems are.

Even a tiny web app can have multiple entry points/ loopholes that an attacker can exploit. This is where your QA team takes on the role of a hacker and simulates infiltration attempts to determine paths to exploitation so that remedial action can be taken before pushing out software.

The key to successful penetration testing is to try out every possible real-time scenario to try to break into the defences of your software.

Suppose you do not have much experience in penetration testing. In that case, you can hire an external audit team to comb through your systems, identify possible gaps and loopholes, and prepare a comprehensive list of action items to mitigate risks.

You may also like:   Creative Packaging Design: Do Customers Really Care?

8 – Keep your software and Libraries updated

Hackers scan the internet looking primarily for people running outdated software to find the path of least resistance towards your databases and systems.

This is why you must rigorously patch and update your software and all its infrastructure’s third-party services and libraries. We often see developers neglecting to update third-party software or hesitating since the newer versions can cause compatibility issues.

A good practice is to comb through your system/web app’s official documentation to keep tabs on all the frameworks, JavaScript libraries, templates, styles, and other external resources that have been employed.

Keep all necessary ones updated and remove others that are not crucial to your system. After all, these libraries will only add to your work to keep them regularly updated.

Not to mention, developers should disable unused software. Many unused, forgotten software remains connected to your systems, which can serve as easy entry points for hackers if left unchecked.

9 – Make sure all Changes are documented

During development, keeping things organised and taking notes for reference is easy. However, once a website gets life, it becomes an avalanche of constant changes and features.

It’s hard enough to cope with the constant revision requests and demands of users; software developers and owners never have enough time left to document changes and keep things organised.

From a cybersecurity standpoint, this mistake can expose weak links in your web security. As the project matures and gets more users, developers must keep adding more bells and whistles, features and libraries to accommodate the incessant demands of users.

However, something seemingly inconsequential as a breach in a third-party library, can cause a significant data infringement incident, especially if not documented. The worst part is that it will be almost impossible to track the root cause of the issue. This is why it is so vital to keep note of every single change/update.

In addition to development-focused approaches, it is equally essential to ensure proper encryption at the service level to protect confidential information from falling into the wrong hands and to provide your users with secure connections to your website, regardless of the content on the site.

This is typically done using HTTPS (SSL or Secure Sockets Layer). SSL encrypts data transmitted between users and sites or between two systems across the web.

Anyone who tries to intercept any data in transit will only see a garbled mix of characters that is nearly impossible to decrypt, thereby virtually eliminating the risks of man-in-the-middle attacks. This also means that data in transit cannot be modified or corrupted, intentionally or otherwise, without being detected.

Developers are encouraged to conduct cybersecurity audits regularly to uncover potential security vulnerabilities within the web application and reduce the risks of attacks.

Even better, companies should involve third-party testing teams capable of finding all the vulnerabilities in your site and advising mitigation techniques. Here are the different types of cybersecurity audits you may consider performing: