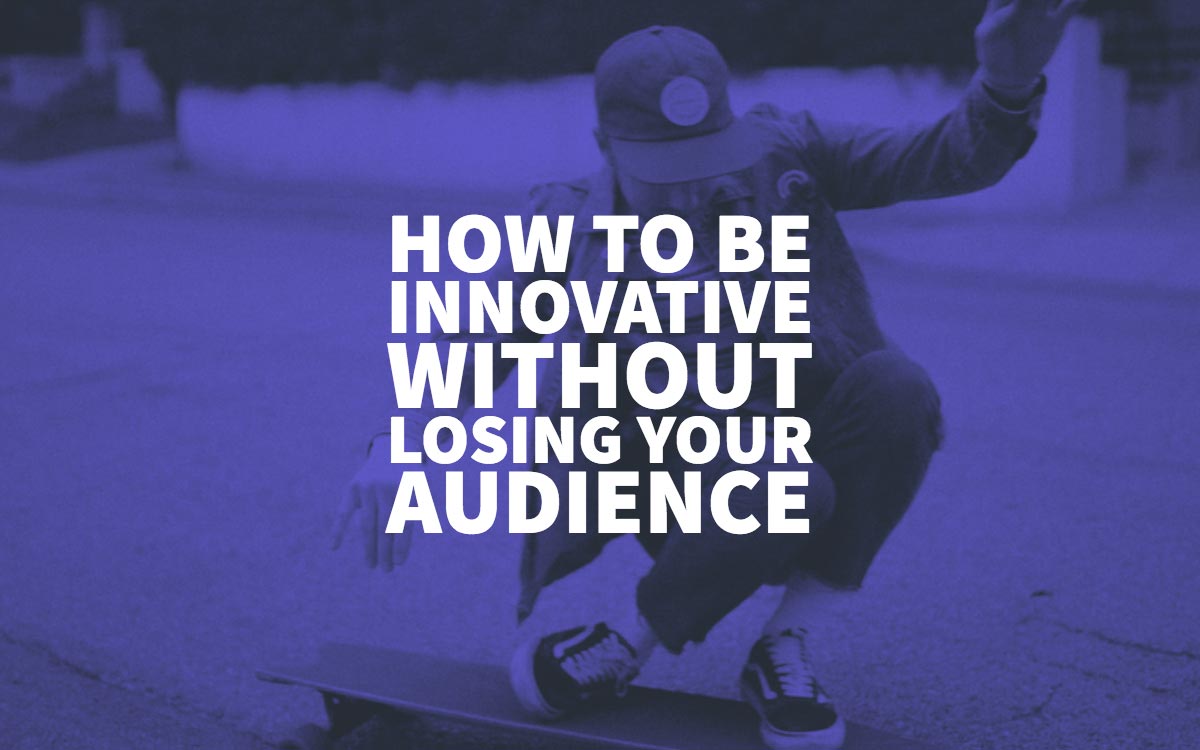 How To Be Innovative Without Losing Your Audience

In all forms of innovation, the danger (and the thrill) lies in the fact that beforehand you don’t know if you’re going to succeed.

After all, the entire point is to take your design into territory that hasn’t been explored before – but that means that you don’t always know what’s going to happen.

And then there is an element of risk involved. You’ve got to be prepared for that.

So it is important that you embrace strategies to mitigate the fallout if things go wrong.

Fortunately, that isn’t as hard as it used to be.

After all, we now have this massive arsenal of knowledge called the internet, where we can watch ideas succeed or fail.

That means it is very easy to know when something works and when it doesn’t.

What’s more, there are plenty of companies working very hard to give us widgets, programmes and apps that will make certain that when we try new things, it’s both easy to do and that whatever we produce looking good.

And besides, it’s not like we have a choice. After all, today it’s…

What will I learn? show
Innovate or Die
Guest Blogging
Crowd Sourcing
Watch the numbers
Consider the Competition
Conclusion 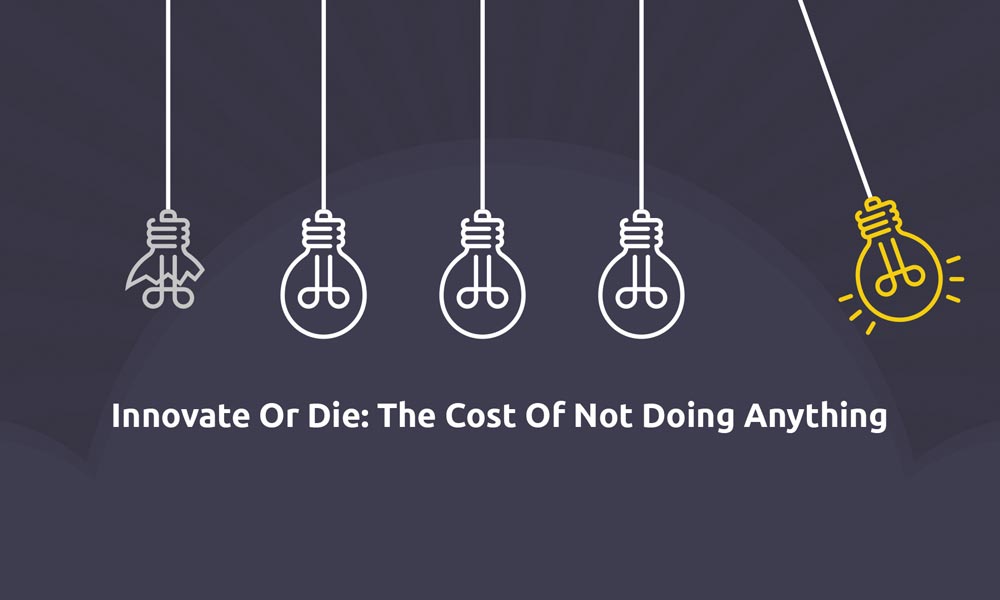 Like all status-oriented activities in a saturated marketplace, where you’re struggling against others to claim mental real-estate (i.e. customer’s attention) and to get more exposure than your competition, design is a zero sum game where any gain made by one party necessarily means a loss by another.

It is an arms race, with you either growing along with (or faster than) the rest or being left behind and forced to close shop.

The thing is, in design, this is made worse by the malleability of the elements you work with.

If you’re a carpenter trying out a new concept for at table, that can take weeks to accomplish and can be a real investment of physical resources (e.g. materials and workspace).

And once you’re done, if it doesn’t work, you’re left with a piece of furniture taking up space in your workshop that nobody wants to buy.

Yes, there is an investment of your time, which is, of course, valuable, but as you’re working with digital elements the sunk costs of failure are much lower and the fallout thus smaller.

That makes the overall cost of innovation much less, which therefore makes it more exciting to innovate and thereby causes more people to do exactly that.

It doesn’t end there, either. For with continuous rapid innovation the audience’s expectation shifts as well.

That means that today people have come to expect rapid change.

If you can’t deliver, they assume you must be sub par.

So you’ve got to run just to stay in place. You’ve got to keep trying to innovate to stay up to date.

So really you don’t have a choice. You’ve got to innovate. It’s do, or die.

Of course, that doesn’t help you innovate. So let’s move there next. 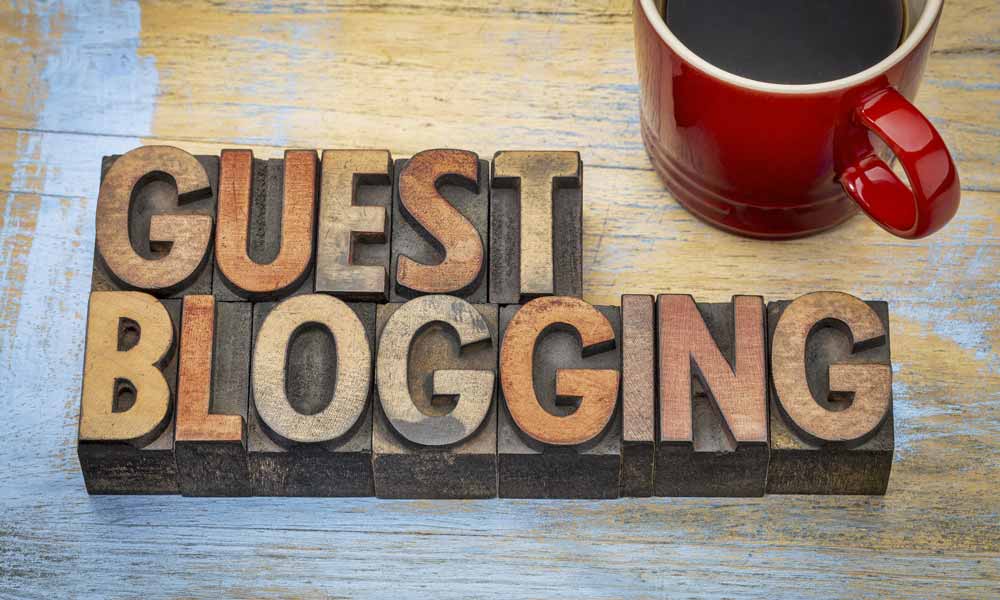 Just like how many content marketers now use ‘guest bloggers’ (i.e. they pretend to be somebody else on their site) to try out new opinions to see how their audience reacts, so you too have the possibility first to try something elsewhere before you embrace it across the board.

This can either be done by changing up only a small part of the site as a mockup and seeing how people react or even going somewhere else and trying it out there first.

Then you point to it from your main site, possibly through your blog, and either claims ownership or don’t (if you want a more honest response from your audience saying that you ‘found this’ will probably be more likely to do that).

This allows you to be creative and off the wall experimental without running the risk of tarnishing your reputation or alienating your audience.

If the innovation doesn’t work, then you can let it die a quiet death without it influencing your audience or your standing.

If on the other hand, it does work, you can always come in later and say that it was you all along but that you wanted this piece of design to stand separately from your personal reputation, so that it could be a discussion about the design and not about you.

Alternatively, use your audience by asking them for their opinion and feedback right from the moment you conceive of a new design.

This is a fantastic strategy for several reasons.

So if you’re not doing so yet, create more possibilities for your audience to get involved and give you feedback on what they like and what they don’t.

Also, when people do comment on something you’ve done, respond in a polite and constructive fashion (Even if their original comment wasn’t in any way constructive).

After all, it isn’t just the commenter who is likely to read your comment section, but other people as well (particularly if it was an excellent flame).

And when they see you handle your audience in a professional and respectful manner, despite their unconstructive attitude, they will respect you for that.

Another place to crowdsource is among other designers. We’re not supposed to work in a vacuum and for that reason, it’s important that we find other people like ourselves to share our passions, opinions and ideas with.

What’s more, as these people know what they’re talking about their views will be far more valuable than some random passerby on your site.

Heck, they might even inspire you to try innovations as together you’ll be able to keep track of what’s going on out there better than any person can alone. 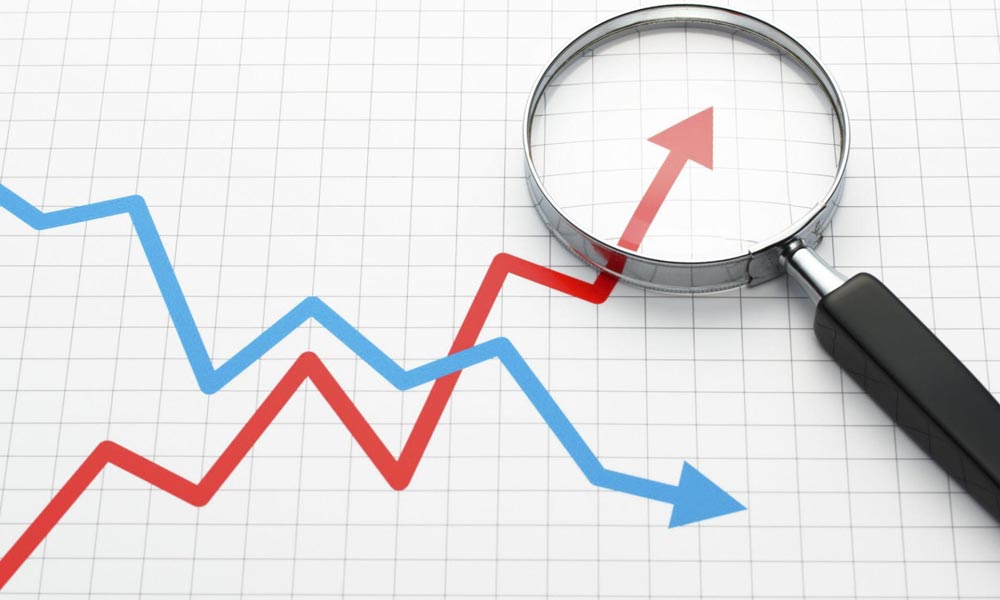 With that, I don’t just mean overall visitor numbers.

That’s a significant general number, but it isn’t very precise.

For example, you might implement an innovation and see your overall visitor numbers rise and think it is a success.

If you’d dug a little deeper, however, you might have discovered that what’s happening is that the appeal of your page has shifted from one demographic – say business execs – to another demographic – say, teenage girls.

And so yes, your numbers have gone up as there are more teenage girls than business execs.

That doesn’t change, however, that this sign’s an absolute disaster that you should tackle immediately.

So learn to use such tools as Google Analytics as well as Facebook Insights.

Also, get to grips with what these statistics mean and how to compare them so that you know what to track and what to pay attention to, as often there will have been red flags long before things went completely sideways.

After all, audiences change slowly so there’s frequent time to adjust when you’ve made a design mistake. 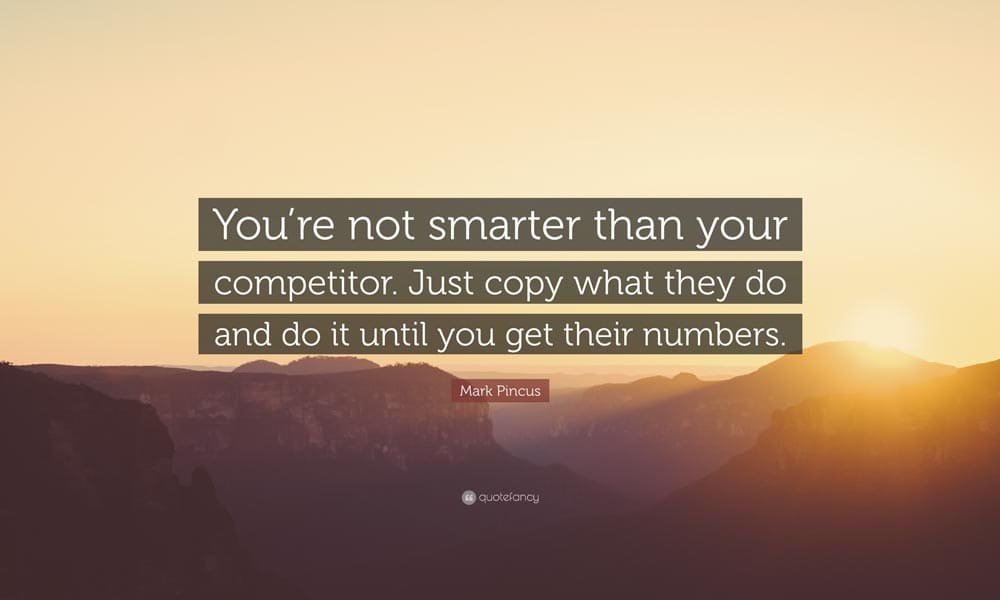 Sometimes it’s better to let the competition innovate and then when it seems to be working, copy relentlessly.

That way you’ll get most of the reward at nearly none of the risk (provided this isn’t the only strategy you employ for innovation).

So always be watching the competition, as well as the trade literature.

After all, the non-design crowd, who have a lot more things to worry about than the latest changes in the design sphere, will not be able to tell the difference between an innovator and an early adaptor.

In fact, sometimes it pays to follow the leader rather than to lead.

Often absolute leaders in innovations might have caught onto the right trend too early.

In that case, though the innovation is the correct one and the field will soon change to prove them right, they might be out beyond the bleeding edge for a time, where their insights can put them out of reach of the plebes.

And so, sometimes when innovation is being introduced it might be good to see the market’s reaction first, before leaping in yourself. 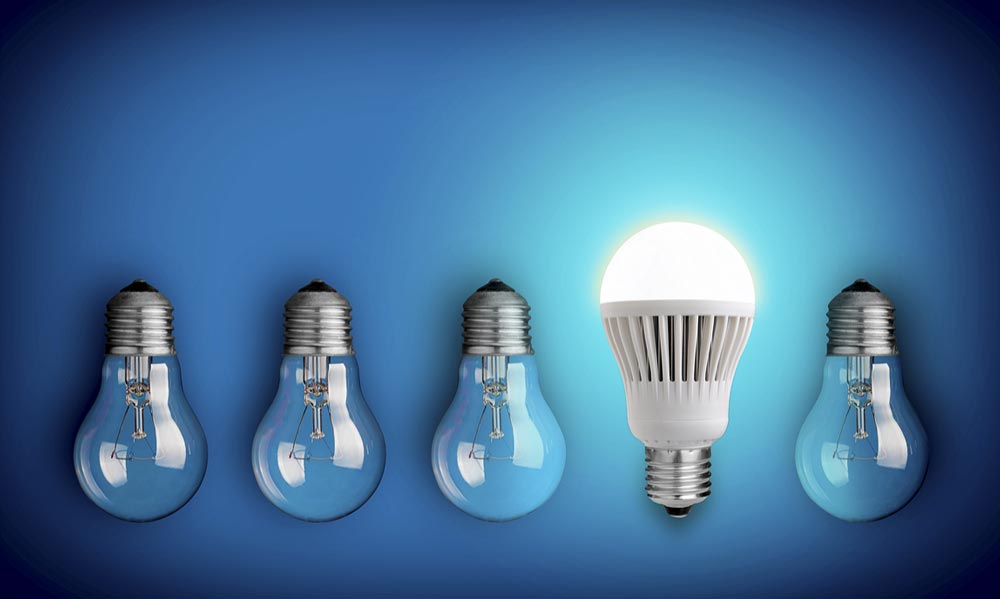 Being innovative is a give and take between the innovator and their audience.

The innovator changes something for the better, then the audience’s perceptions slowly change so that the innovation goes from being avant-garde to being the mainstream.

Only then can the innovator again try to push the envelope.

This means that most change happens incrementally but cumulatively, like a ratchet slowly being turned.

If you want to innovate while keeping your audience, try to keep that in mind.

Allow your audience to react, consider and come to grips with what you’re doing.

If you want to speed up the process, give them the space to express their ideas and feelings.

Then they can more easily internalise what you’ve done.

What’s more, listen to them and respect them.

For however great you might think your new design is if your audience doesn’t agree to yell at them won’t change that.

The only thing that will change is how quickly they’ll leave. And that’s exactly where you’re not trying to innovate.

If you wish to discuss how we can develop your brand or provide graphic design for your product or business, email us: hello@inkbotdesign.com