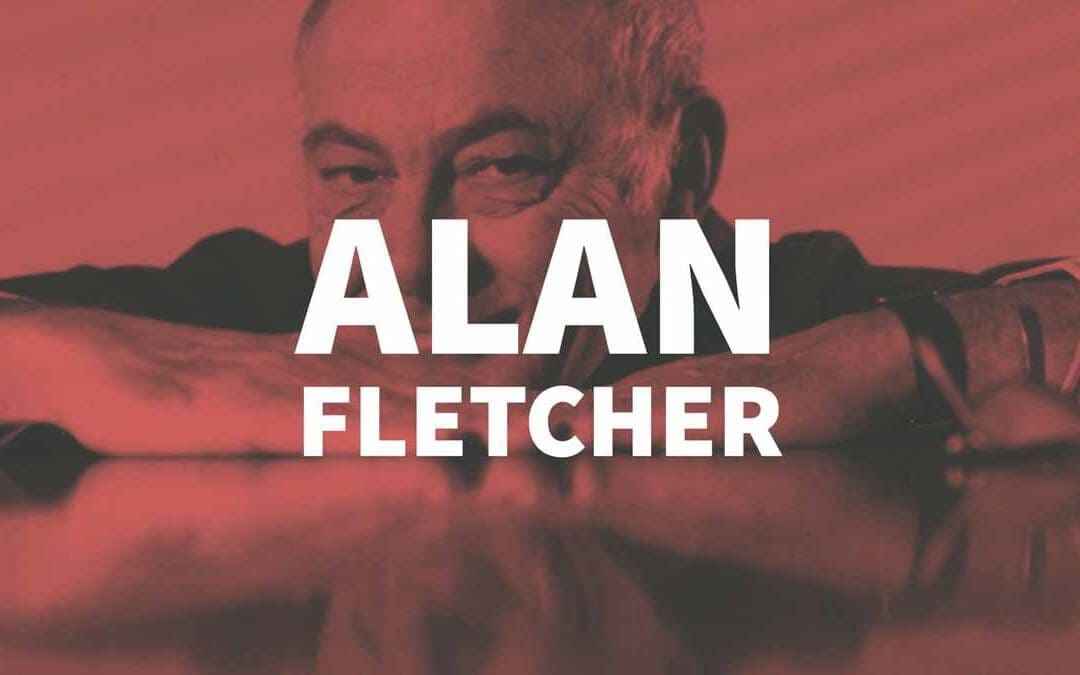 In his obituary, the Telegraph called Alan Fletcher “the most highly regarded graphic designer of his generation, and probably one of the most prolific”.

Not a bad accolade by any means.

I believe my own first experience with Alan Fletcher was through his book, The Art of Looking Sideways

Browsing the Art college library when the typographic cover caught my eye.

As was to be expected from a master of visual communication, it led me to want more.

Flicking through the pages, each turn led to something more amazing.

Genuinely I went back around 5 or 6 times to renew it until I was told someone else had ordered it. ‘From my cold dead hands' I thought.

Designed to be opened at random, The Art of Looking Sideways, Alan Fletcher’s 2001 book, is an unfailing source of wit, elegance and inspiration. At over a thousand pages, it is a spectacular treatise on visual thinking, one that illustrates the designer’s sense of play and his broad frame of reference.

As a founder of Fletcher/Forbes/Gill in the 1960s and Pentagram in the 1970s, Alan Fletcher became one of the most influential graphic designers in both Britain and the US.

A multi-disciplinary “visual jackdaw”, Fletcher worked on a range of projects from corporate identities to book covers and posters.

Leaving Pentagram after 20 years, in 1991, Fletcher decided freelancing would offer more and set up a home Studio in London.

He worked for more than 50 years, seemingly without ever stopping. On holidays, while others read or dozed in the sun, Fletcher would be peering over his half-glasses, pencil and notebook to hand, putting down on paper his version of the world around him.

You may also like:   The Gestalt Principles - Theory of Good Design Psychology

Keep doodling, drawing, sketching, painting, whatever you do, stay creative and creating until the day you die.

Notice I didn't say ‘retire', for that is what those who hate their job do when they've had enough – design is more than that.

As Alan Fletcher himself states, “Design is not a thing you do. It’s a way of life”.

I like to reduce everything to its absolute essence because that is a way to avoid getting trapped in a style.

Design is not a thing you do. It’s a way of life

Design is what happens between conceiving an idea and fashioning the means to carry it out.

A person without imagination is like a teabag without hot water.

Thinking is drawing in your head.

The Art of Looking Sideways