When expressed in artistic and inventive ways, typography moves away from being only words arranged for print and becomes an inspiring and exciting design form.

This article looks at 10 of the top famous typography artists and their work.

Christopher Wool, one of the most influential American typography artists living and working in New York City, uses many techniques and styles in his works.

He is, however, best known in the typographic world for his striking, large-scale paintings of black-stencilled type on white canvas backgrounds.

These pieces often have phrases abbreviated, disrupted and in a grid format, making it slightly more difficult for the viewer to perceive and make sense of the piece.

These paintings are the most iconic of his influential career, instantly recognisable, and highly favoured.

More of his work can be viewed on his official website. 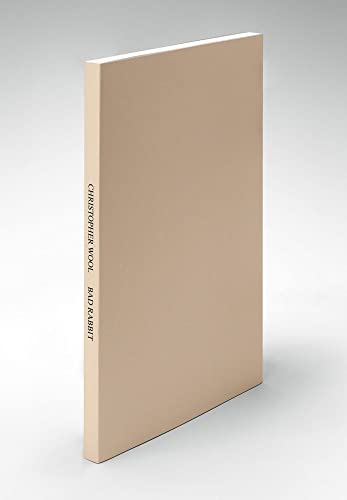 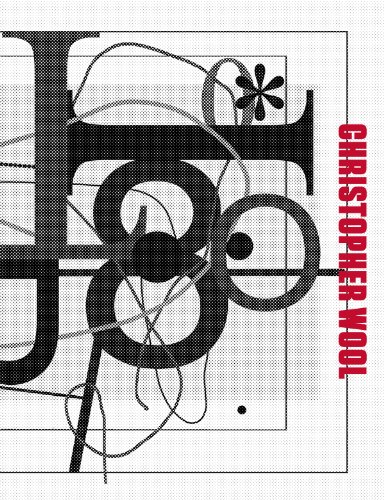 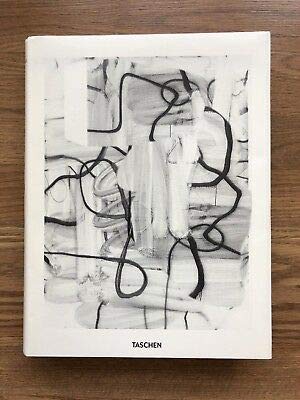 This British-born typography artist and one of the most influential typography designers are exceptionally talented in creating attention-grabbing letterforms.

He uses an extensive range of media and equipment, generating stunning outcomes and effects.

One of his most ambitious pieces is titled ‘You Blow Me Away’, which he collaborated with kinetic still-life photographer Jason Tozer to create.

With the type screen printed onto sheets of glass, they fired various objects through them and photographed the scenes at multiple stages.

You may also like:   15 Mobile UI Design Screens Essential For App Success

The results were both unique and incredible.

Ward is also well known for his piece titled ‘Bad Typography Is Everywhere,’ which highlights in a visually creative way the fact that the world is so full of lousy typography rules artwork that people often don’t notice the good.

You can view more of his work on his studio website. 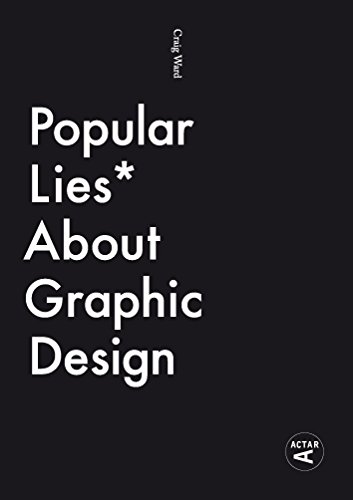 Stefan Sagmeister of the design firm Sagmeister & Walsh is a New York-based Austrian graphic designer and famous typography artist. He is well known for his album cover design and has a reputation for producing exciting and evocative typography art.

Typography features heavily in his work, and he uses various approaches to achieve his designs.

Alongside his client-based work, he conducts personally driven projects such as the ongoing ’20 Things I Have Learned in My Life So Far’, which includes his real-world typographic compositions named ‘Trying to Look Good Limits My Life’.

This consists of 5 separate pieces spelling out the words of the sentence using natural and industrial materials arranged in 5 different environments.

This maxim is also applied to a leather belt with the words created using punched-out holes that also serve as the belt holes.

This project represents Sagmeister’s dilemma in his work, whereby he always strives to be nice to people and loves to avoid conflict in life, which somewhat relates to a fear of rejection.

This, he feels, closes doors and limits what he does.

More of his work is featured on the firm’s website. 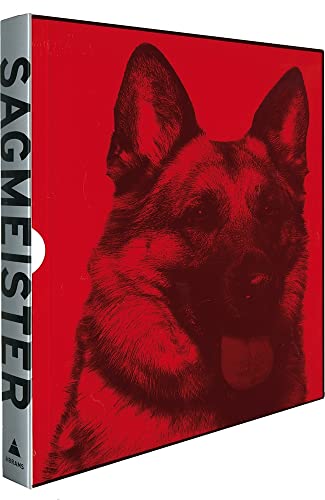 Barcelona-based Trochut is renowned for his extraordinarily intricate and detailed typographic design work.

Inspired by his Grandfather’s modular typographic and ornament system creation in the 40s, he has developed a unique and elegant style and worked for clients such as Nike and Coca-Cola.

You may also like:   Top 10 Tips to Improve your Typography Design

One of his better-known unique typography print art projects is a series of designs titled: ‘Lorem Ipsum’.

He uses tubular objects such as pens, pencils and squeezed liquids such as creams and sauces and intricately weaves and intertwines the strokes to create the complicated yet visually pleasing effects he achieves. 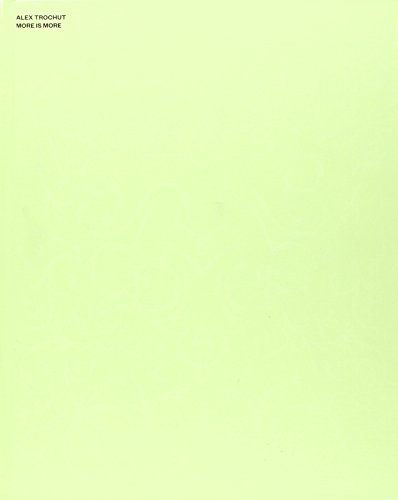 Wim Crouwel is a Dutch graphic designer and one of the most famous typography designers for his typeface design called ‘New Alphabet’, which he created in 1967.

The typeface was designed in such a way to make it represent the limitations of the cathode ray tube technology used in early typesetting equipment.

This technology limited the process of recreating type, so the typeface Crouwel created is entirely made up of only straight lines, 45 degrees and 90-degree angles.

This makes it reasonably hard to read, which was the main criticism from the design community at the time of its creation.

However, it was designed with aesthetic and theory in mind and was never intended to be used as a functioning typeface due to its illegibility.

As a display typeface, it is awe-inspiring, especially on bold coloured backgrounds. Reading it provides an exciting challenge, making it somewhat interactive and attractive. 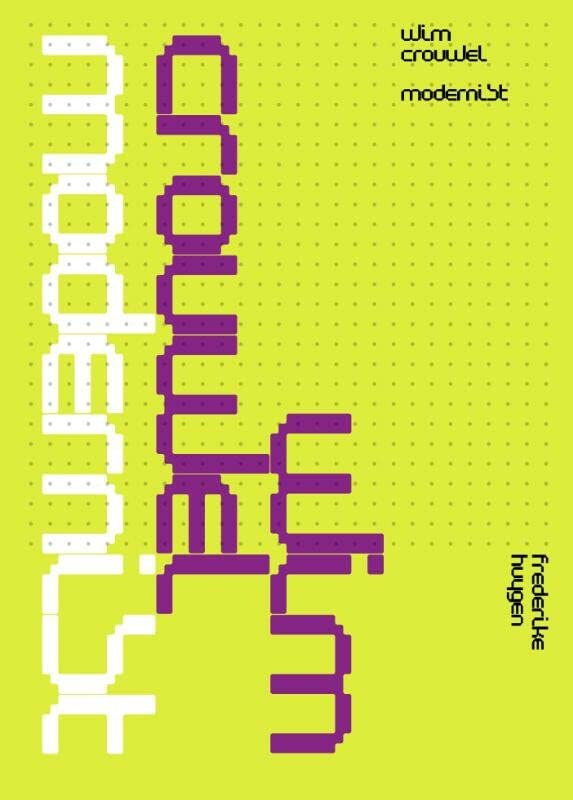 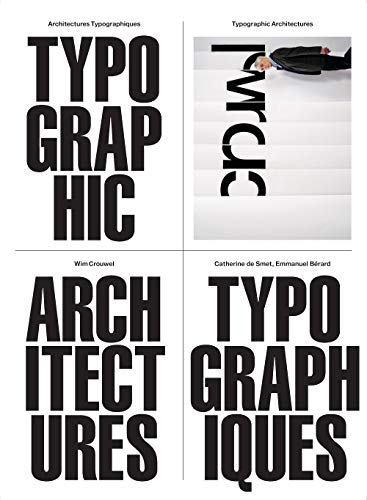 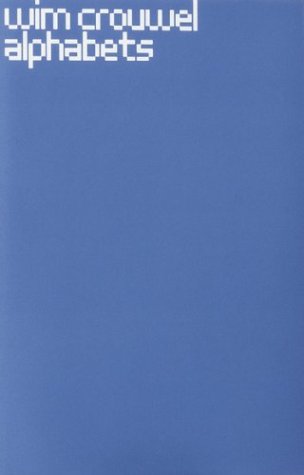 You may also like:   8 Most Common Logo Design Cliches to Avoid

Before getting into the field, he did a few months of unpaid internship and attended a few workshops held in Switzerland to make himself absolute in graphic design.

He started as an Art Director for an international Magazine ‘Transworld Skateboarding.’

During his term, he gave the magazine a distinct look.

He also designed a ‘Beach Culture’ on the demand of Steve Pezman, publisher of surfer.

David is also known for being an art director of another American-based magazine ‘Transworld Snowboarding,’ which came into being in the late 1980s.

In the early 1990s, he came with his studio and started catching the attention of well-known brands, including Microsoft, Nike, Pepsi, Sony, British Airways, Intel, Fox TV, Prince, MGM Studio, and many more.

He is also a publisher of 2 books he wrote in different languages for everyone’s understanding. 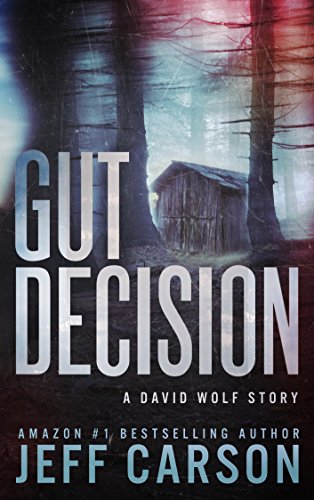 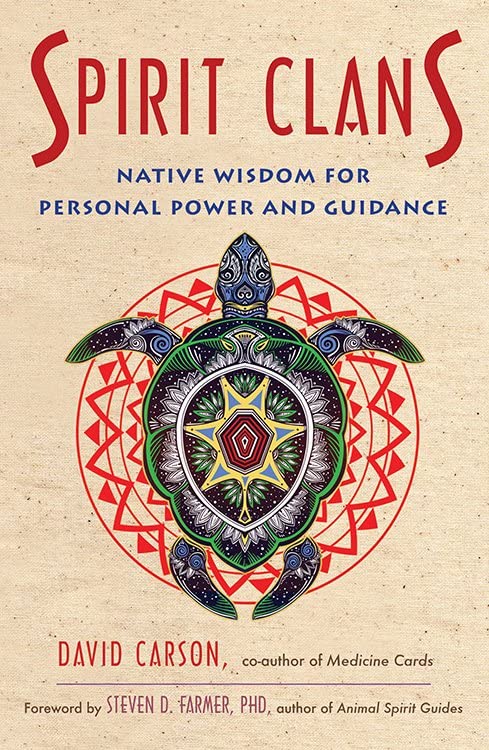 An American designer Tobias Frere-Jones is one of the worth praising graphic designers.

He is known for creating the Gotham font, one of notable companies’ most highly used fonts worldwide.

It received massive popularity after being inducted into Obama’s 2008 presidential speech campaign.

His other achievement occurred in 2001 by creating another typeface Archer.

He became a senior designer for the Boston-based Font Bureau and taught design at Yale School of Art.

After teaching for two years, he started working with an American designer Jonathan Hoefler.

You may also like:   How to Know You are Hiring the Right Graphic Designer

During the collaboration, both worked on many projects, including The New Times, GQ, The Wall Street Journal, Pentagram, and many others.

Many Frere-Jones’ typefaces are enormous families intended for proficient clients; for example, Mallory, which started in 2019, had 110 styles.

He was honoured with Gerrit Noordzij Prize by the Royal Academy of Arts for his various graphic design innovations.

Furthermore, he remained the recipient of the National Design Award.

He is one of those rare graphic designers who has done pre-eminent work in visual design. 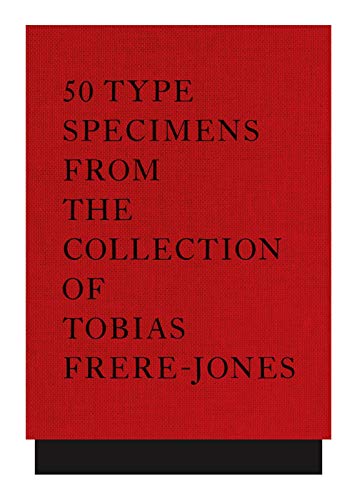 Fifty Type Specimens: From the Collection of Tobias Frere-Jones
−$2.17 $22.78
Buy on Amazon

An American-based Art Director, Author, and Journalist, Steven Heller has made his name with famous typography artists by coming up with something new to offer.

Without formal education, he became an Art director in the late 1960s with his learnings.

In 1974 he replaced Jean-Claude Suares and became an Art director for an American-based Magazine, ‘New York Times Book Review.’

With time, he kept surprising everyone with something unconventional and innovative.

In 1984 his other achievement came into being.

The Award-winning Director, Steven Heller, was honoured with AIGA Medal, which is, according to American designer Paula Scher, a lifetime achievement award from a workday between 4:30 and 8:45 A.M.

Besides being a reputable graphic designer, he has also written many journals for different magazines, including Baseline, Design Issues, Graphis, How, Print, Speak, etc.

He is also an author of many worth recommending books, including Innovators of American illustration, written in 1986 based on a review of 21 present artists who created an individual life.

Steven is one of those graphic designers whom we find once in a lifetime, and he has proved this with his work. 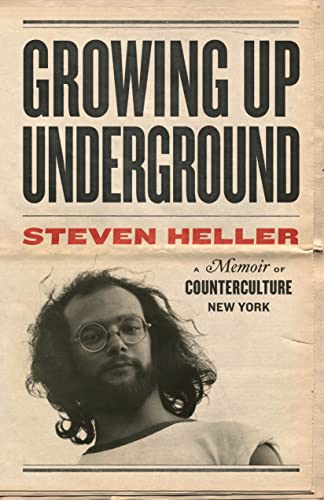 Growing Up Underground: A Memoir of Counterculture New York
−$4.20 $23.30
Buy on Amazon
Bestseller No. 2 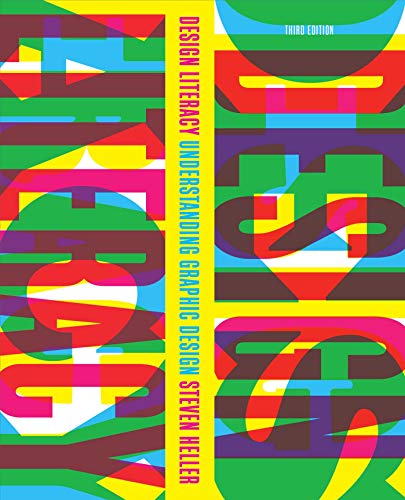 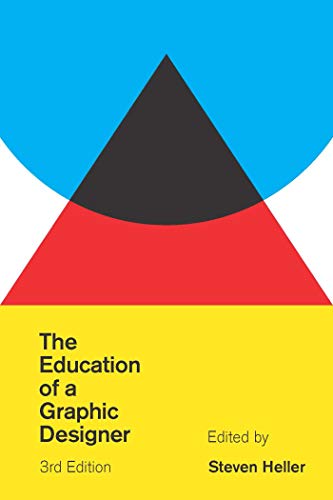 The Education of a Graphic Designer
$1.99
Buy on Amazon

It wouldn’t be wrong to call Paula Scher, a New York-based graphic designer, one of the best typography artists who created a significant influence with her work.

She is an American painter, Graphic designer, and Art Educator who masters her work.

She is also the first female principal in the London-based design firm, Pentagram.

Her first job was as a layout artist that she performed for Random House’s children’s book division.

After doing two years of a job at the CBS record, she pursued her career as an Art Director.

She has a track record of designing more than 150 albums for the company within a year.

Paula is known for being a graphic designer who revives design styles and historical typefaces.

She has much worth admiring work in her credentials.

She is the one who introduced a promotional graphic system for the New York arts organisation, The Public Theater.

The program came into being in 1995 that influenced graphic designing from a theatrical point of view. 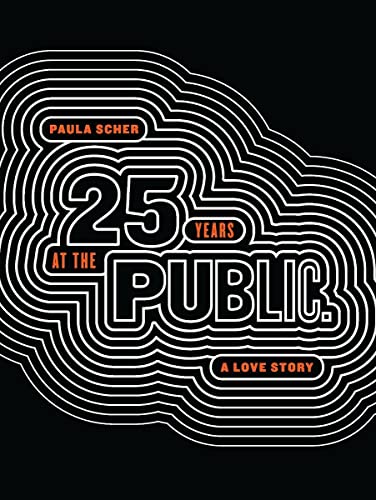 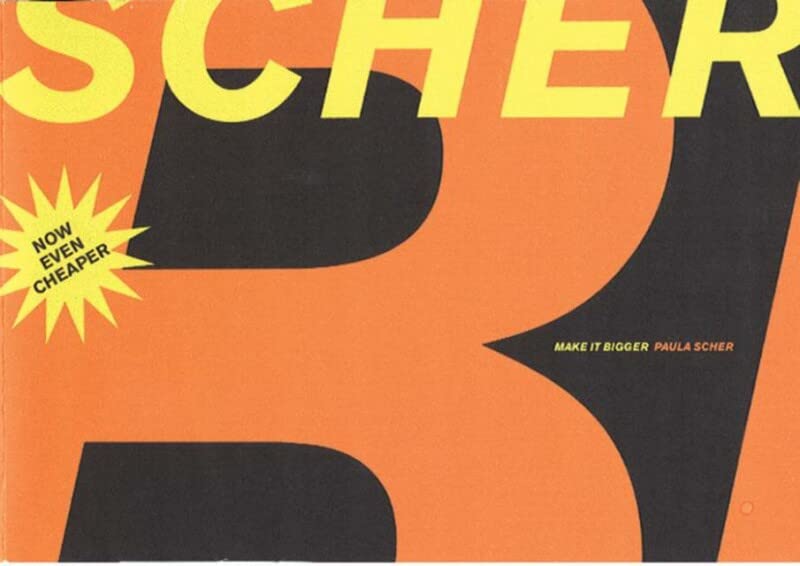 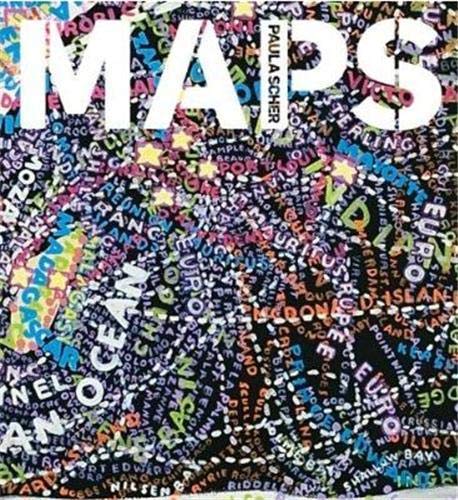 Another American-based graphic designer on the worth recommending list is Gail Anderson, who has impressed millions with her work.

She is a writer, educator, and one of the most successful typography artists who started with a company, Vintage Books, and later made her name in the field.

She functioned as an Art director for an American magazine, Rolling Stones, for two decades.

After leaving Rolling Stone, she associated herself with an advertising agency, SpotCo specialising in Entertainment and Arts.

Gail is also known for being partners with Joe Newton.

She received massive acclaim in 2013 for designing the United States Postage Stamp.

Gail and Steven Heller remained a partner for 20 years.

During this period, she and Steven wrote many books on graphic design.

She says, ‘Designing should be fun, and one should take steps by coming out of their comfort zone.’

She received the 2008 Lifetime Achievement award for her services in the graphic design industry.

Anderson has always been obsessed with graphic design and finds different ways to enhance her skills.

Her work depicts her fixation with her work.

She created her style and fused it into various commercial fonts, advertising posters, and vintage signage. 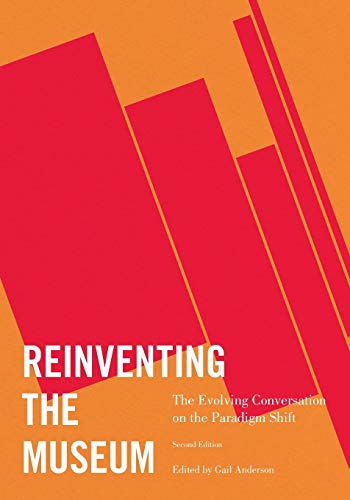 Reinventing the Museum: The Evolving Conversation on the Paradigm Shift
−$13.15 $61.85
Buy on Amazon

We hope you have enjoyed this article looking at these famous typography artists of the 21st century and their work.

You may also enjoy this post on celebrity graphic designers.

Feel free to comment below with suggestions from other famous designers and typography artists to check out!