When the wife of Karl Benz drove the first gasoline-powered vehicle, she must not have realised that her solo drive will lead to two significant milestones in the history of humankind.

Firstly, it will mark the beginning of live marketing.

Secondly, it will lead to the creation of Mercedes-Benz which will enable the people to travel with luxury.

However, it was the striking Mercedes logo design that gives the company its true identity.

That three-pointed star is what people relate to class, sophistication, and style.

This article is going to shed light on the evolution of Mercedes logo design.

However, before we analyse in detail the history of its brand identity, let’s explore the success story of one of the world’s biggest automobile manufacturers:

What will I learn? show
History Of Mercedes-Benz
1888: Birth Of First Gasoline-Powered Automobile
1926: The Beginning Of A New Era In Automobile Industry:
The Merger Of DMG And Benz & Cie:
History of the Mercedes Logo Design
Shape
Colours
Fonts
1902: First Logo With The Mercedes Name
1909: The Famous Three-Pointed Star Logo
1916: The New Mercedes-Benz Logo With Four Stars In The Ring
1926: A New Design With a Laurel Wreath
2008: The Silver Logo Design That Looked More Sophisticated
The next Mercedes Logo Design? 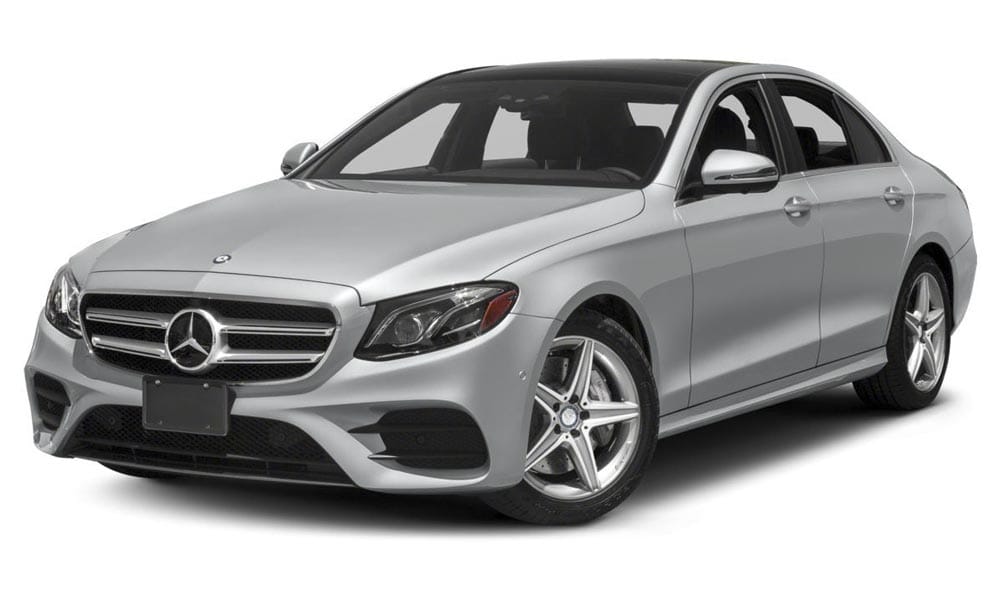 The birth of automobile is an essential chapter in the history of transportation that changed the world forever.

It made it possible for people to travel with comfort.

However, more importantly, it transformed the mindset of Luddites who were opposed to new technology.

Karl Benz was one of the owners of Mercedes.

He is credited with inventing the first gasoline-powered automobile.

According to a popular essay writing service, he created the first gasoline-powered automobile in 1885, but he was reluctant to bring it out to the public due to fear of the Luddites who were vehemently against technology.

It is when his wife Bertha Benz took the initiative and brought the vehicle in public when she drove the automobile from Mannheim to Pforzheim.

The journey became an iconic event in history as it revealed to the world that it is possible to travel long-distance in an automobile.

That small ride of August 12, 1888, led to a long journey of an idea that revolutionised the way people travel.

It is that memorable trip that later led to the creation of world’s most famous automobile brand we know as Mercedes.

Today, Mercedes is one of the largest producers of automobiles in the world and is the first choice of millions of people who want to travel in a luxury car.

1926: The Beginning Of A New Era In Automobile Industry: 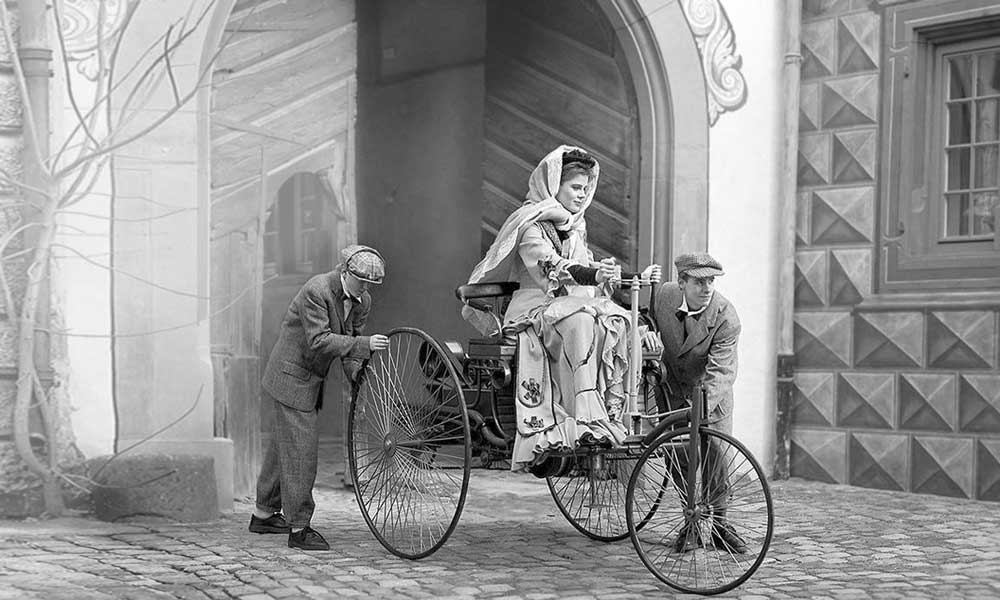 The famous ride of Bertha Benz came under the world attention and contributed to the publicity of the powered motor.

The immense popularity of the automobile led to the creation of Benz & Cie in 1883 which was owned by the husband, Karl Benz.

However, it faced cutthroat competition from Daimler Motoren Gesellschaft (DMG).

The two companies joined hands in 1926 under the name of Mercedes-Benz after economic crisis crippled the automobile industry of Germany during World War I.

The Merger Of DMG And Benz & Cie:

The synergy of the two businesses started an era of luxurious cars that would later become the symbol of excellence.

The company flourished during the 1950s and 1960s and became one of the largest producers of automobiles.

Standing right to its slogan of “the best or nothing”, the company superseded its competitor with its series of luxurious cars that were exquisite in design and excellent in performance.

Mercedes suffered massive financial damages during World War I due to weak economic conditions in Germany.

The ordeal continued in the Second World War, and the automobile manufacturer incurred losses in the form of reparations it had to pay to the allied forces.

Under the leadership of Karl Benz and Gottlieb Daimler, Mercedes-Benz achieved heights of success after the World War II.

The boom in the German economy and the globalisation of Mercedes contributed to its rapid growth.

The phenomenal growth of the company led to its expansion to other regions of the world.

Mercedes-Benz is the second most valuable brand in the world with a brand value of $47.83 billions of dollars.

History of the Mercedes Logo Design

One of the most recognisable brand identities in the world, the Mercedes logo design represents the professional ethos, integrity, and rich legacy of the automotive company.

The three-dimensional star logo of Mercedes-Benz signifies its power of the three parts of the Earth: Land, air, and sea.

Now we will be taking a look at the history of the Mercedes logo which is considered among the world’s most famous brand identities.

However, let’s first check out the design elements of its logo.

The three-pointed star is the most noticeable thing in the Mercedes-Benz logo.

The imagery looks stunning to the eyes and conveys the true essence of the brand personality of Mercedes.

Mercedes aptly uses the shade of metallic silver in its corporate identity.

It is said that silver is a favourite colour of the elites which is why this colour is used in Mercedes-Benz to justify the character of this brand.

Created in “Corporate A Light”, the font in Mercedes logo looks sophisticated in its logo design and goes well with its overall corporate identity.

It truly reflects the personality of the logo design of Mercedes-Benz.

Let’s now explore in detail the rich history of Mercedes logo and how it evolved over the time:

1902: First Logo With The Mercedes Name

In 1902, Mercedes created its first brand identity when it registered the name “Mercedes” to represents its company.

The car logo just featured the “Mercedes” name with no use of imagery or design element.

The designed looked both elegant and sophisticated at the same time.

In the Mercedes logo history, the year 1909 saw the creation of the famous three-pointed star logo design which continued to grace the automobiles of the corporation for many decades.

It still represents the ethos of the world’s second-largest automobile brand.

This logo was designed by Gottlieb Daimler who developed the emblem on a postcard that he was going to mail his wife.

He also predicted that this logo would become the most famous corporate identities in the coming years and he meant it.

Today, we cannot agree more with him.

1916: The New Mercedes-Benz Logo With Four Stars In The Ring

The redesign featured a circle that surrounded the star and included four stars as well as the name of the company.

The emblem remained the brand identity of the Mercedes Corporation for the next ten years.

1926 saw the inclusion of laurel wreath that was once a part of the Benz & Cie motors.

The redesign was done after Benz & Cie merged with Daimler-Benz AG.

The new logo also inscribed the name of both the companies.

The brand identity was used in factories of both motor corporations. 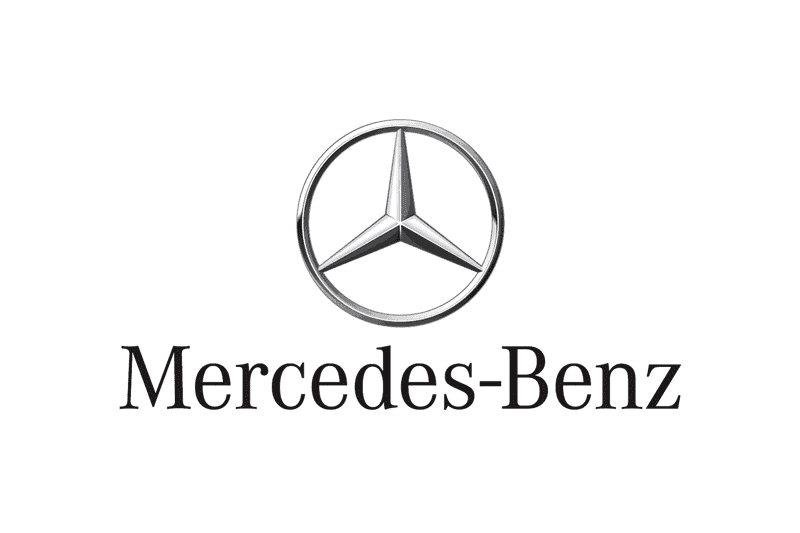 The silver colour is associated with Mercedes ever since it participated in the first Grand Prix that was held in Nürburgring in 1934.

In that year, the automobile giant participated in Grand Prix Motor Racing and produced the racing cars that they called “Silver Arrows”.

The cars continued to represent the automobile company in Formula One competition of 1954 and 1955.

The series was particularly famous for their silver colour that later became the primary colour of the brand identity of the company.

While the logo remained in its original blue colour, the badge standing at the radiator changed to silver.

This logo stills represents the corporate identity of Mercedes-Benz and is used with various colour variations in different products of Mercedes.

The next Mercedes Logo Design?

The Mercedes-Benz logo is an expression of one of the world’s most beautiful car manufacturers.

Therefore, it holds a prestigious stature in the history of logo design.

After inspiring a generation of automobile consumers, will the future brand identity of Mercedes continue to create the visual appeal that it established for more than hundred years?

Will the future brand identity of the company match up to the ethos and legacy of the business.

To get the answer, we will have to wait for the next few years.

Mercedes-Benz is known for its captivating logo design that resonated with its audience for almost a century.

The logo of Mercedes captivated the people in every decade.

Whether it is its first brand identity of 1902 that showed the Mercedes name, the three-pointed logo with the laurel wreath of 1926 or the silver logo of 2008, Mercedes carved a unique character with its superb logo design.

Today, it is a fundamental part of the branding of the automobile company.

From North America and Europe to African region and subcontinent, the brand identity of Mercedes remained the most identifiable in its industry.

We hope that this article serves you the right information regarding the brand identity of Mercedes and motivates to design a logo that can match the professional precision of the Mercedes logo.

If you wish to discuss how we can develop your brand or provide graphic design for your product or business, email us: hello@inkbotdesign.com