Whether it is Nike's signature “swoosh” symbol or Starbucks' infamous two-tailed mermaid, the largest companies in the world take lots of pride in their logos.

These symbols serve as a type of psychological construction that connects our mind with the business behind the logo design in question.

We do not even have to see the name because we already know to which company it belongs.

One of the first thing that pops into our minds are their iconic logos.

However, let's focus more on the gaming industry.

The largest console manufacturers and game developers have some of the most recognisable logos that millions of people around the world know by heart and associated with a slew of fond memories.

Let's go over some of the outstanding video gaming logos and how they have changed over the years. 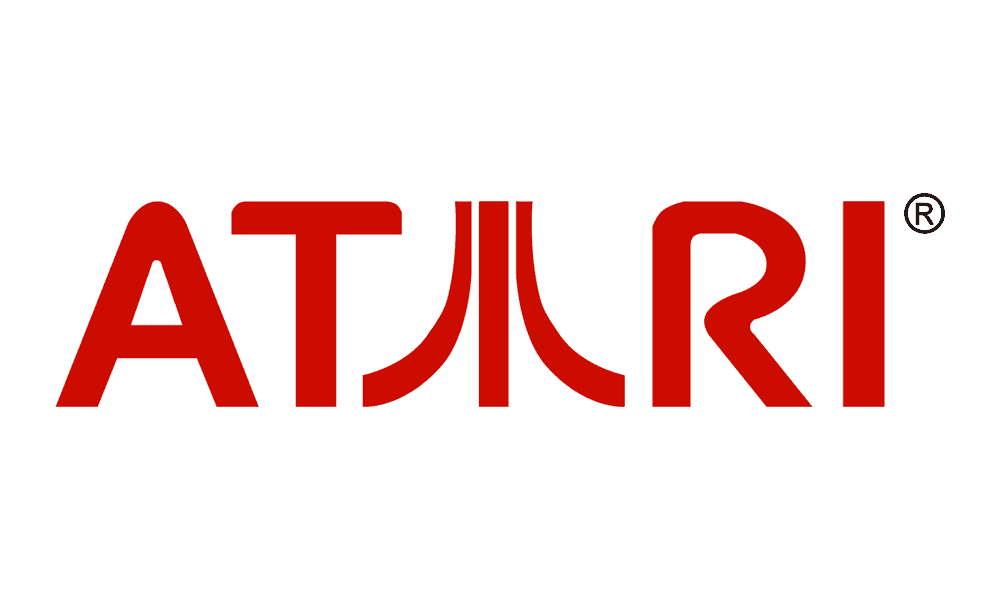 The original Atari logo holds a rather special place in the hearts of so many people.

During an interview in 1983, Opperman offered an explanation for his famous design, stating that the logo represents a stylised letter “A”, matching the first letter of the company's name.

The three lines are supposedly based on the company's first successful game title, Pong.

The outside lines symbolise the two players while the one in the middle represents the white centre line dividing the Pong “court”.

Another story behind the Atari logo claims that it is a representation of a Japanese kanji, while another one connects the logo design with Mount Fuji.

Regardless of Opperman's intent, the logo we so fondly remember made its debut in 1973 on various promo materials and a series of cabinets for the Space Race arcade game.

The logo was presented on every Atari product until 1984 when the company was split between the console and arcade business.

The current Atari trademark owner is a French publisher by the name of Infogrames, but besides the name and the logo, there are no similarities between it and Atari.

Since the advent of handheld Game and Watch games, followed by the NES Family Computer and the creation of worldwide phenomenon's Donkey Kong and Super Mario, Nintendo has worked its way into becoming quite the household name.

Today, the brand is well-known and broadly popular, amassing hordes of faithful followers as the years went by.

Brands this vast rely heavily on their logos and regard them as critical assets which allow various products and services to be recognised instantaneously.

Their renown “racetrack” Nintendo logo including the red line that surrounds the name has been around since the ‘80s and over the years has changed only in colour, keeping the original typography which dates back to the ‘60s.

However, Nintendo did not always have this particular logo.

Ever since it was created in 1889 and spanning over the period of 75 years, the company logo was made by spelling the company name using kanji, which have been used to this day as company's formal business name.

It was not until the 1960s that Nintendo starts using Roman script, which is readable and understandable for their Western audience.

By the end of the 1960s, the company will have already changed over a dozen different logos and in the early 1970s has switched their logo to a more minimalistic approach consisting of letters N and G encircled in a white line.

Finally, in 1982 the company adopted their trademarked racetrack logo and featured it on their most successful arcade game yet, the Donkey Kong. 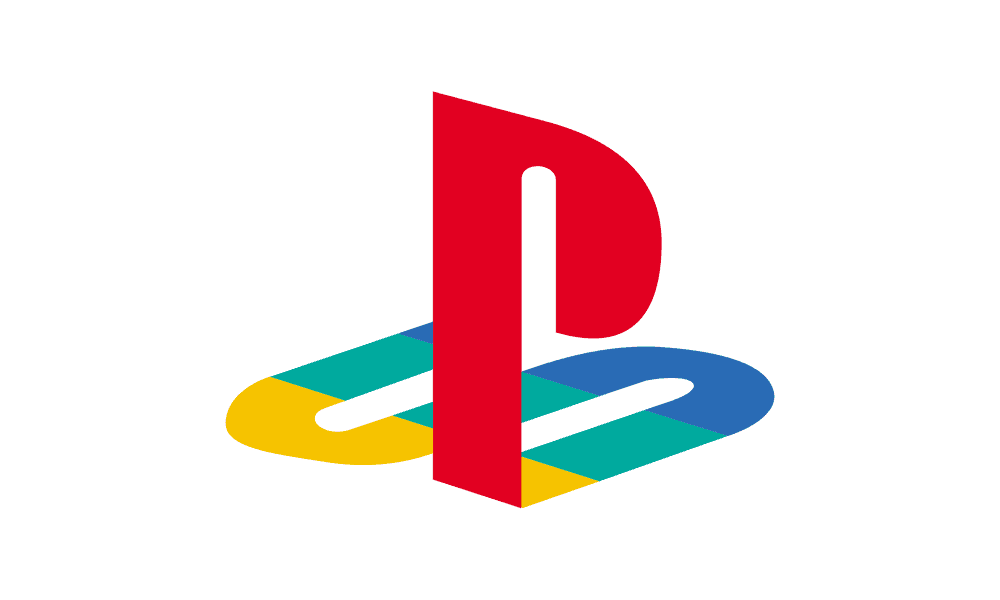 In the late ‘80s and early ‘90s, Sony was pretty close to making a collaboration with Nintendo to work on creating a game console.

They did have a limited run of 200 prototypes, and the console was aptly named the Nintendo PlayStation.

However, the two companies could not find an efficient solution for splitting the money, resulting in Sony's departure and the creation of the legendary Sony PlayStation.

However, Sony PlayStation's logo went through numerous phases of change and development before the execs finally agreed on the now iconic red, yellow and blue PS logo.

The logo was again changed in 2009 and now features an entirely black icon, with a slightly altered typeface, particularly the double-story “a” transforming into a single-story “a”.

Originally founded as “Standard Games” all the way back in the ‘40s, the company has later decided to move to Tokyo to pursue the distribution of coin-operated games.

It is at this time that the company was renamed into “Service Games', which will, in later years, be abbreviated into Sega, the name we all know today.

The company has over 100 variations of their Sega logo design but has succeeded in retaining the familiar, basic design.

The first logo represented white letters with a blue outline laid on a black background.

The second logo was way more futuristic in design, with a completely blue font encapsulated in multiple white stripes.

The third logo designed on both black and white backgrounds and featured the same futuristic blue font followed by a white “PRESENTED BY” lettering.

The fourth and final logo is still being used today, with several animated light trails forming the Sega logo.

There are many similar variations, often featuring characters from their games, such as Sonic the Hedgehog, Jurassic Park, and even Garfield. 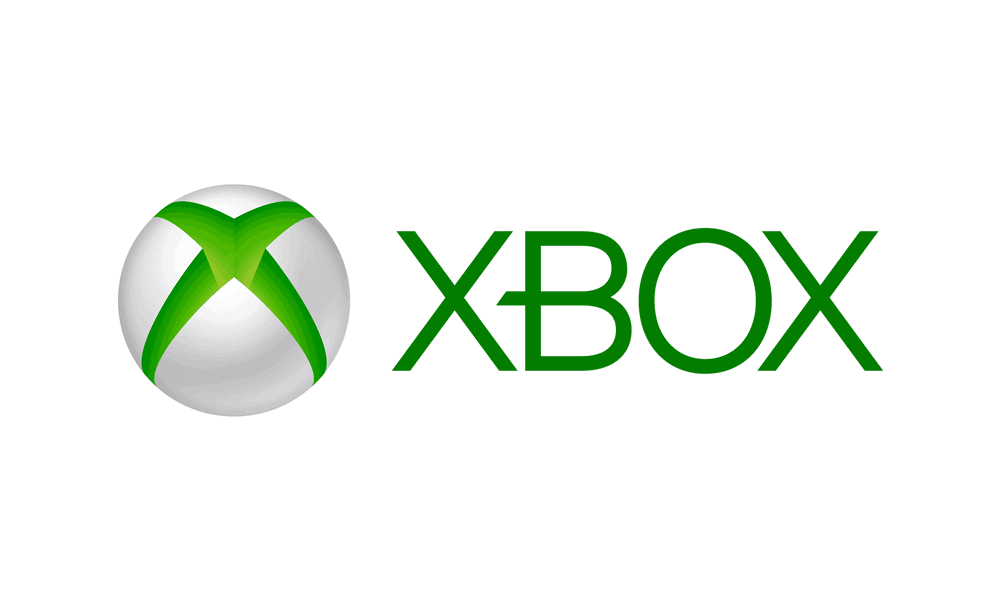 The Xbox was a rather successful attempt by Microsoft to enter markets that are outside their original business.

The original Xbox was launched in 2001 and comfortably competed with Sega's Dreamcast and Sony's PlayStation.

The now famous X logo comes from the first ever name used to label Microsoft's console which was DirectX box, as the gaming idea stemmed from Microsoft's very own DirectX developers.

The Xbox logo itself has not changed all that much over the years, with the silver sphere being cut into by not only green which was the original colour choice, but also blue, yellow, pink, magenta and red Xs.

The only notable change comes in the form of variously added lettering, as well as a logotype which is all caps green lettering spelling XBOX over a white background.

Assassin's Creed caused quite a stir in the gaming world when it first launched in 2007 and now spans over nine different games, with some being console exclusives and the vast majority also being playable on PCs.

The storyline explanation for the origin of the Assassin's Creed logo, or Assassin's insignia as it is called in-game, was primarily used to mark entrances to Assassin Bureaus, Assassin Tombs, and different Assassin headquarters.

The logo itself represents an eagle skull pictured from behind, and the Assassin's Creed lore claims it represents courage and freedom, while the developers state that the eagle, a bird of prey perfectly sums up the aerial and predatory nature of the assassins. 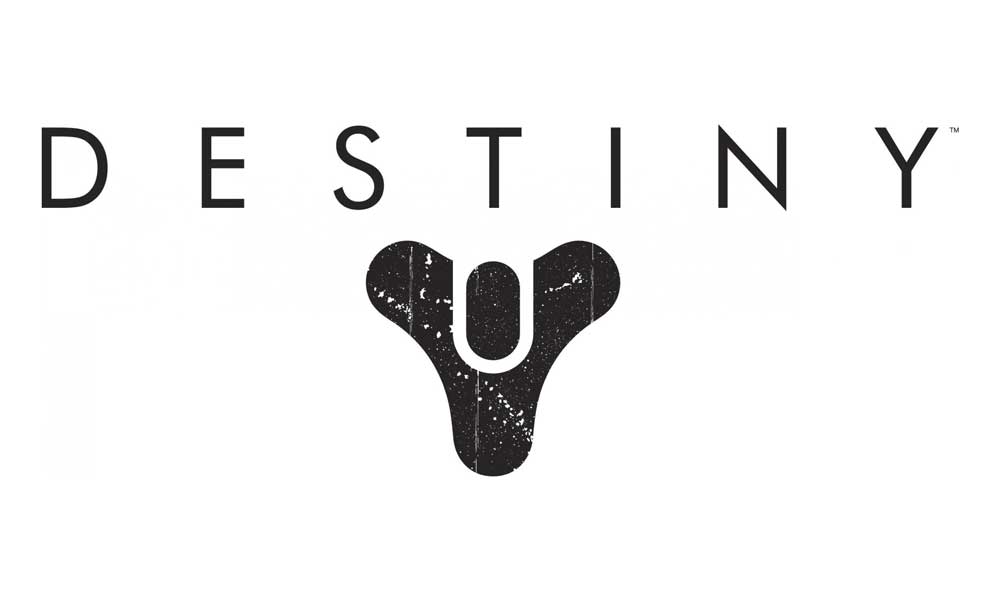 The Destiny logo design is shrouded in mystery.

As simple as it is, with a fidget spinner-like three-sided design with the middle upper part being separated from the rest of the logo, it is origin remains a puzzle for gamers to this day.

The closest one might get to an in-game explanation is the speaker who wears it constantly, and that is pretty much it.

Whether it is a symbol of the Tower, the Traveller or the three guardian classes, the tricorn is never actually discussed in-game, and its meaning remains elusive as ever.

Half-life is notorious for its Lambda logo; a symbol often used inside the Half-life universe.

The simple use of orange colour against a grey background is what makes it stand out among many overly-complicated logos used by other companies.

In fact, experts highly recommend avoiding creating and using logos that are too complicated and instead, they advise using simple colours and shapes coupled with just the right colour scheme to get the most out your branding efforts.

In real life, the lambda logo represents the decay constant used in the half-life or the rate of decay of a radioactive element, which is more than appropriate given the game's actual name.

Additionally, Lambda stands for the wavelength of light or sound emission.

Minecraft is a typical sandbox game that allows players to create a large variety of contractions using textured cubes.

It gained quite the following when it launched in 2011, and it is currently the second best-selling game, right after Tetris.

Although there are four documented logos for Minecraft, the first one was made in 2009 and was never actually used.

The first used logo is the one made out of cobblestone (as seen in-game) and simply spelt Minecraft.

In 2011, the second Minecraft logo was released at Minecon and looked similar to the first one, except for the letter “A” forming a Creeper face.

The latest Minecraft logo was a simple touch up made by Microsoft and only slightly differs from the second one.

Last but not least is, of course, Skyrim.

This epic open world role-playing game and it is the fifth instalment in the Elder Scrolls series.

The Skyrim logo shows a silver dragon with its right wing slightly broken, placed on top of either a black background or a similarly dark, book-like cover.

The game's detailed lore states that the seal (logo) is called The Seal of Akatosh and that it has been around for at least a couple of thousands of in-game years.

As you can see, all these video gaming logos have rather different, yet highly interesting backstories.

While some simply represent the company in question, others are deeply tied to the games via lore and frequent in-game use.

No matter how companies used them, these game logos have become so well-known that you only need a single glance before figuring out what it is.

This represents branding and marketing at its best, and in the end, there's much information hidden behind every logo mentioned in this article.

Make sure you do some additional research to find out even more interesting facts about your favourite games and game makers.

You may also find this post interesting on the top 10 superhero logos of all time.

Author Bio: Hannah Thomas is a freelance web developer based in Australia. She is currently cooperating with web developers Sydney. Besides coding, she love’s writing, movies and spending time outdoors.