Does a city need a logo design?

Who are they competing with?

Why are they trying to stand out?

The answer to these questions is fairly straightforward when you consider that cities should be seen as ‘brands’ and that their brand is what drives their success.

In many cases with cities, success will be financial, through tourism and business; culturally, through their social activities and programmes; and in popularity, through the people that reside within their boundaries and pay the taxes.

However, the strategy of gaining that success can be oftentimes even more specific, with cities branding themselves as an ‘eco-city’, ‘tech city’ or ‘garden city’ depending on their aims.

If a city is notoriously polluted, cleaning up the infrastructure is only half the battle – their reputation as a dirty city will still remain unless a rebranding process and marketing campaign that educates people on the improvements.

A vital part of any successful brand strategy, in general, is having an effective logo design, and cities are no different in that respect.

Below, in no particular order are my top 10 city logos from around the world. 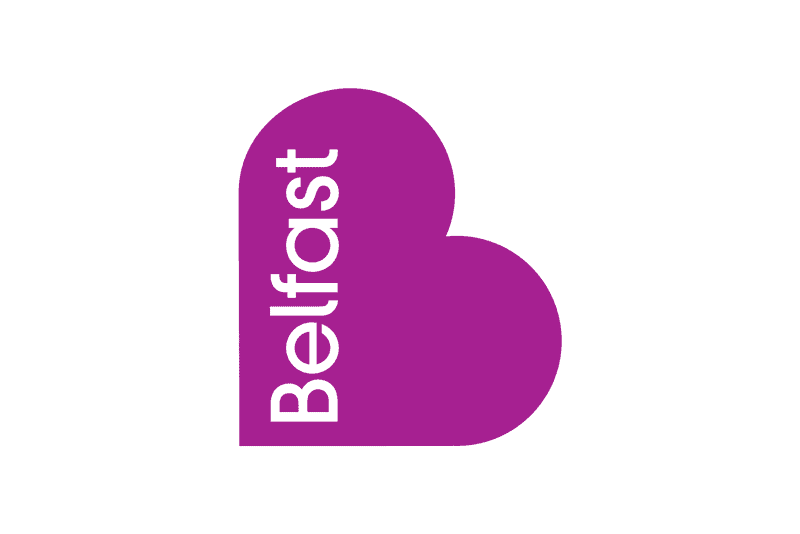 Starting off with the capital of Northern Ireland, and I may be a bit biased, but I like the simplicity of the Belfast City logo design.

Simple in its form, the heart symbol combines with the “B” in further branding campaigns with slogans such as “Be welcome”, “Be part of it” and “Be vibrant”.

A city with a troubled past, this new identity aims to promote tourism and inward investment to show the rest of the world just how much it’s changed in the last few decades. 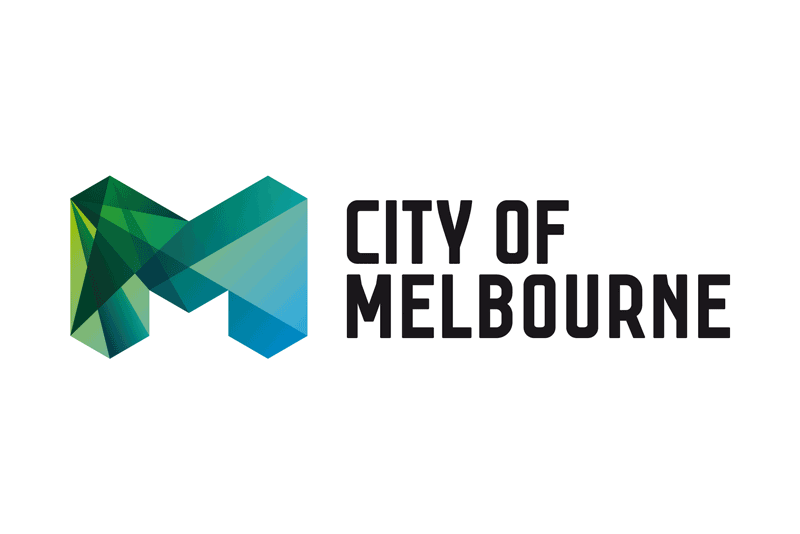 An instant favourite of mine when first released in 2009, the Melbourne logo symbolises a dynamic and progressive city that’s open to forward thinking.

The primary logo design, above, is part of a wider set of adaptions in form and colour, offering a great potential for sub-brands where necessary. 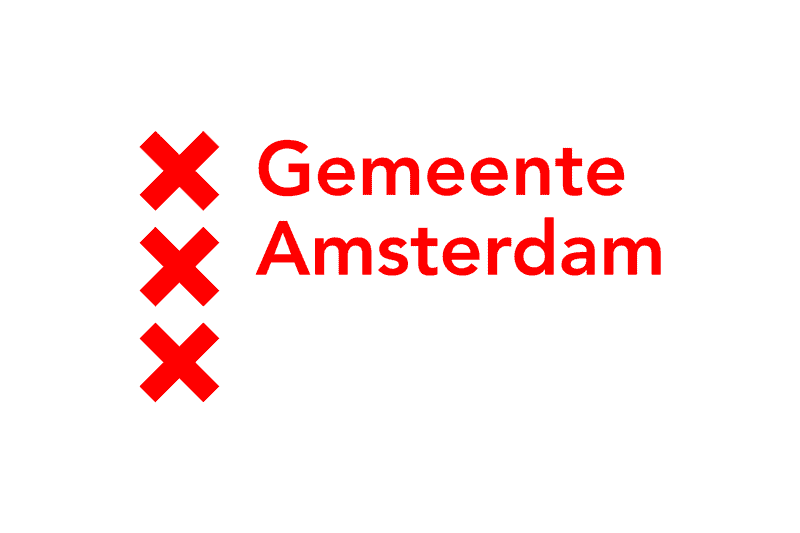 Allegedly costing €100,000 to move the word “Amsterdam” onto a second line, where previously it sat aside Gemeente, the ‘rebranded’ Amsterdam city logo is already a classic.

The updated typographic arrangement has really assisted in the design of further collateral, arguably making the initial outlay worth it in the long run. 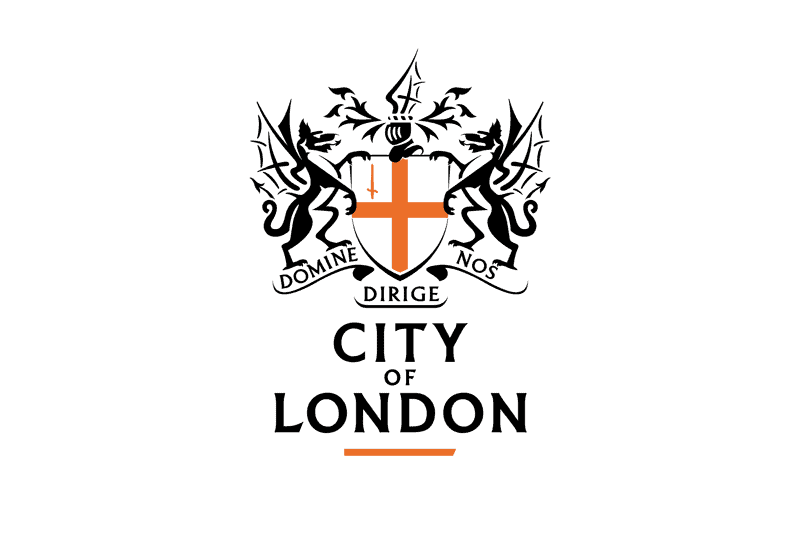 The City of London has an incredible history, mirrored in it’s crest-like, coat of arms logo design.

Central to the mark is the St. George’s Cross, the flag of England used since the crusades.

Aside from it sits two dragons and above it, a Knight, again harking back to the historical nature of the emblem.

As with many coats of arms, the Latin motto is included which translates as, “O Lord Direct us”. 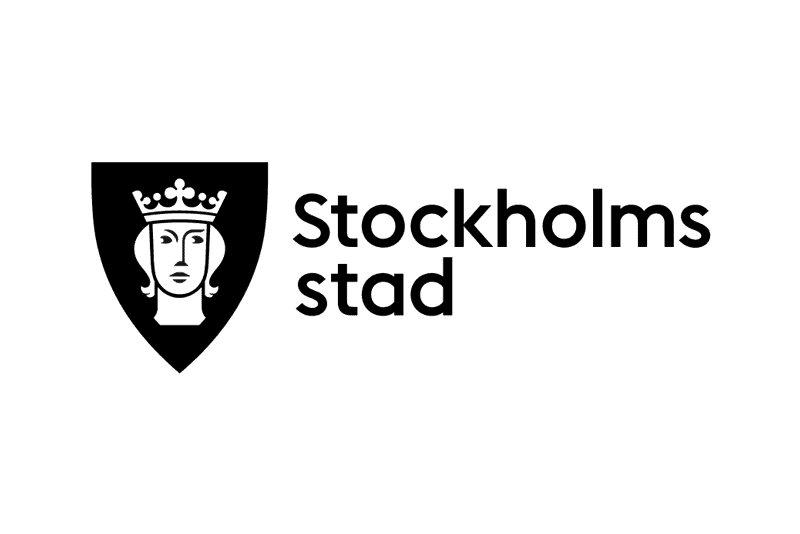 Rebranded in 2013, the City of Stockholm introduced a revised identity with a custom-made typeface to sit aside St. Erik – the patron of Stockholm.

The brand as a whole is incredibly refreshing in its contemporary design, but the portrait logomark works so well in the range of colours within the vibrant palette. 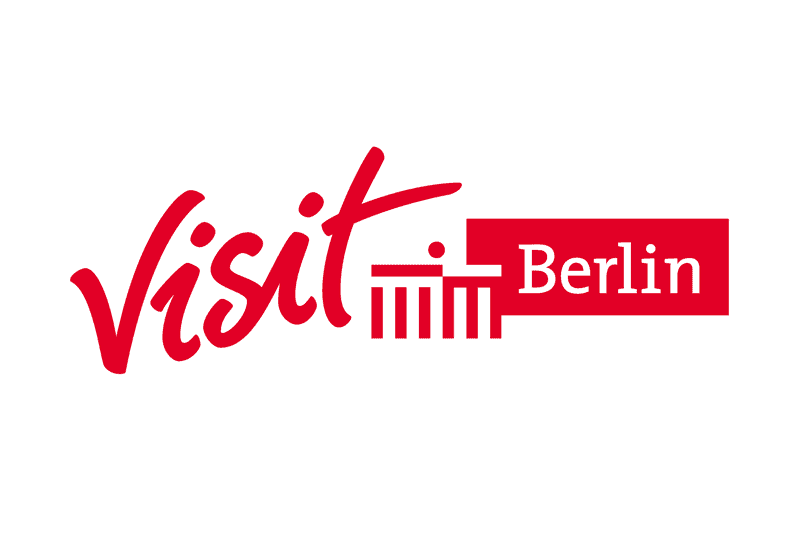 Focusing on a simplified form of the iconic Brandenburger gate, the Berlin city logo appears prominently on their tourism website, accompanied by ‘Visit’ to show their attention to welcoming people into the city. 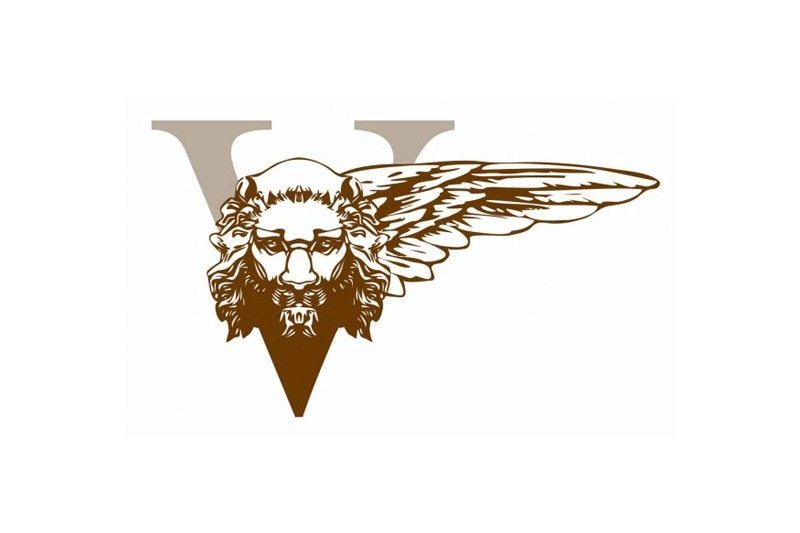 Despite a poll suggesting that almost half of all Venetians disliked the new logo, I feel it is an elegant combination of style and history, in a form that feels typically Italian, despite being designed by a Frenchman! 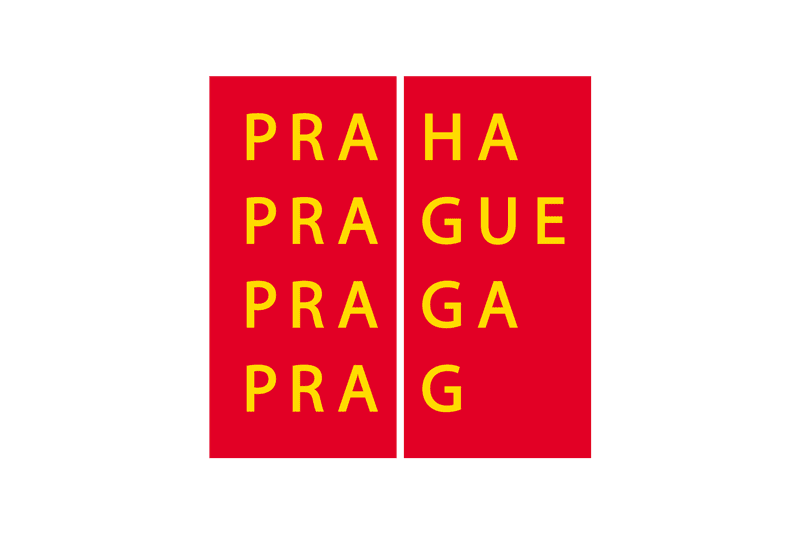 Focusing on the multilingual aspects of the City of Prague/Praha/Praga/Prag logo design, this simple visual element offers great potential within an adaptable identity system.

Breaking the name into the almost consistent prefix and changing suffix, colour is consistent to the reds and yellows of the cities flag. 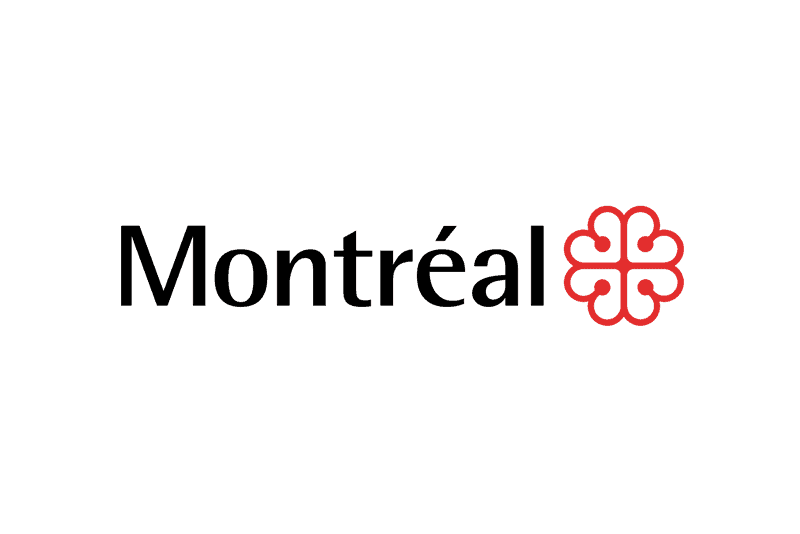 This logomark for the city of Montreal has been around since 1981 and was based on the combination of the letters “V” and “M” (from Ville de Montreal).

Each petal of the rosette shapes a heart, with the four quadrants representing it’s four ethnic founding groups – the French, English, Scottish and Irish. 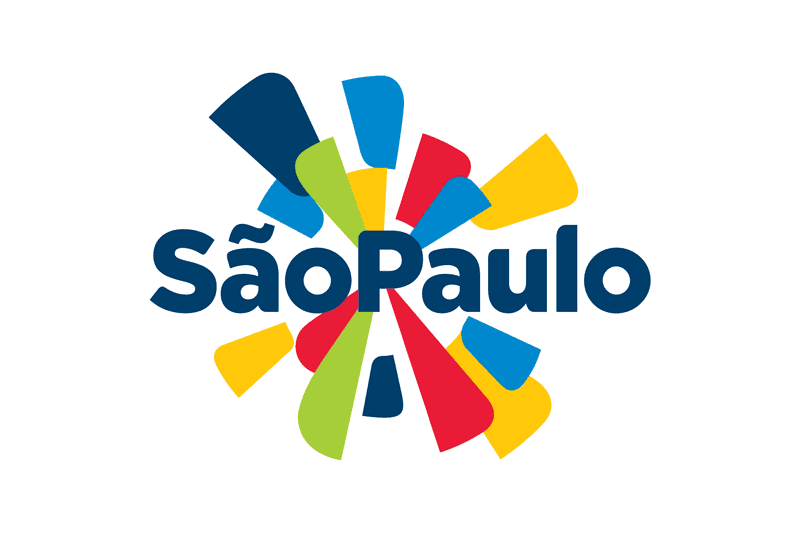 Whilst I’m not a fan of busy or complex logo designs, this mark for the City of Sao Paulo symbolises the party atmosphere perfectly.

Like an explosion of colour from a firework, the vibrant logo can be seen as representative of the diversity and variety of cultures in and around the city.

I would go as far as to say it lacks a specific cultural angle, instead of covering the feeling of the city over the people that inhabit it.

So there you have my personal top 10 city logos – what town or city have I missed out that you feel deserves recognition?

You may find the top 10 alcohol and beer logos interesting – take a look.

Does your city have (or need) a logo design? – let me know in the comments below.