Top 10 Social Media Logos and the Story Behind Them

What will I learn? show
Why Having a Good Logo is Important?
Differentiate your brand from the competition
Connect with your audience
Improve brand loyalty
1 – Facebook
2 – WhatsApp
3 – Tumblr
4 – Instagram
5 – Twitter
6 – Skype
7 – Pinterest
8 – Snapchat
9 – LinkedIn
10 – Youtube
What are the key takeaways from these Social Media Logos?

Top 10 Social Media Logos and the Story Behind Them

Social media has become an integral part of modern-day living.

It has helped in connecting people in ways that we had never imagined.

Social media sites have also evolved from being personal to a tool that businesses can use for advertising purposes.

With the extensive use of social media through mobile devices, it has become essential for companies to ensure the optimisation of all their content for smaller devices.

Optimisation includes making sure that graphics are recognisable even when they are shrunk to fit on small screens.

It is essential to optimise the company’s logo since it represents the entirety of the business.

Coincidentally, social media sites also have some of the best logos around, as we can recognise them immediately even if they are at their smallest.

The minds behind these social media logos have done their job so well that these symbols can serve as prime examples of how companies should create their designs.

Why Having a Good Logo is Important? It’s not rocket science that having a professional logo is integral to any organisation’s existence.

A logo represents the organisation, and the elements of a logo usually carry symbolic representations of the company’s mission, values, and even beliefs.

Having a logo provides a unique personality to any organisation, helping it be distinguishable from all others.

A great logo is also a great marketing tool.

It can help achieve the following:

Differentiate your brand from the competition The primary purpose of a logo design is to help make your brand distinguishable from the competition.

Having a logo is the best way to do that.

However, while this is very superficial, your logo carries your brand’s reputation with it.

The audience usually associates your logo with the quality of the product and service you provide.

If your brand performs well, then your logo will positively differentiate you from the rest.

Connect with your audience A good logo can naturally draw the attention of your audience.

When a logo is interesting enough, it can help drive traffic towards your brand, which can convert them into sales.

However, if your logo is hardly attractive, then you will find it difficult to grab the attention of your target audience.

It is imperative to harness all creativity in crafting your brand logo. Finally, your logo can is an avenue where your customers can show their loyalty.

For example, clothing brands benefit from branding since people would show off the brand they are using if the brand is known to be great.

People who would see the brand would then be intrigued, driving more interest towards your brand.

Again, social media sites themselves have some of the best brand logos out there.

You can check how they arrived at their logos, and how this knowledge can help you create or recreate your logo into a great one.

Here are 10 of the best social media logos, and the stories that lie behind them:

What started as a website intended for Harvard students has become a platform that connects 2.2 billion active users across the globe.

Facebook’s logo is pretty simple: a lowercase name on white text on a blue background.

Another interesting take is that Mark Zuckerburg has a visual condition called deuteranopia where one has difficulty distinguishing between colours, but blue is an exception.

Despite the countless changes in Facebook itself, the logo has remained relatively stable.

There are just minor, almost unrecognisable, changes in the logo.

They would want to maintain the simplicity of the logo, and its ease of recognition.

WhatsApp is a messaging app which connects users with the Internet instead of a local network services used for texts and calls.

As an app geared for communication, it has a logo has a design that features a white phone on a green dialogue cloud.

It is a straightforward design that while very common, best represents what function it stands.

Tumblr is a social networking site that centralises on microblogging or short-form blogging.

Because of it being straightforward, Tumblr’s logo is one of the most recognised brands there are.

Instagram is a sharing platform for photos and videos founded by Kevin Sytrom and Mike Krieger.

Instagram was initially known for its older logo, a retro cream and brown camera with the word “Insta” and a rainbow stripe, a look that featured a Polaroid camera.

In 2016, it has changed its logo to an outline of a camera set on a gradient background of purple, magenta, and orange.

While the logo change happened four years after its acquisition, the change is said to be reflective of the developments that the app has had.

Despite the change, the central feature is still a camera which is the brand’s main symbolisation, being a photo and video platform to begin. Twitter, labelled as a news and social networking service, where its 335 million active users can share short posts called tweets.

Tweets were once limited to 140 characters, but the limit has now increased in November of 2017.

The original design co-founded Noah Glass is green, and unfortunately appealed as rather snotty.

Glass defended that the original logo is an attempt to make the logo youthful.

The logo was changed before its 2006 launch, this time by graphic designer Linda Gavin.

Gavin was given just a day to develop a new logo, and they used this logo until 2010.

The logo is a simple lowercase name of the brand that helps make it easily recognisable.

In 2010, they launched the iconic Larry the Bird logo and came stood proudly until 2012.

A modified bird logo was launched in 2012, now called simply as the Twitter Bird.

The logo is a great way to represent the social networking site.

Skype is another communications software that utilises the Internet to connect its users.

It was released in 2003 and among the pioneers of Internet phone service.

Having been around a long time, it has a history of logo changes.

The earliest version of the Skype logo is a yellow dialogue cloud.

It has slowly transformed into a white letter S set on a blue background shaped in a cloud-like series of circles.

The logo is very simple, helping it be recognised even on small thumbnails. You can easily distinguish Skype’s logo.

Pinterest is a social networking site that primarily makes use of images for sharing ideas and information, and has as much as 250 million active users.

Pinterest has a simple logo, with a white stylized letter P on a red circle, and a red stylized “Pinterest” below it.

It was modified by having a more formal typeface for the word “Pinterest” which is now on the right of the white letter P on the red circle.

It is very simple, making the logo easy to be recognised even without the textual part.

Snapchat is a multimedia messaging service initially released in 2011.

One of its central features is its time limit to the accessibility of posts.

The service was initially called Picaboo, and its logo was a ghost.

Snapchat retained the ghost shape but removed its face.

The ghost has a thick, black outline, and is against a yellow square with rounded corners.

The yellow colour is believed to have helped the logo become recognisable because aside from the unique choice of shape, the colour is also striking enough to be remembered. 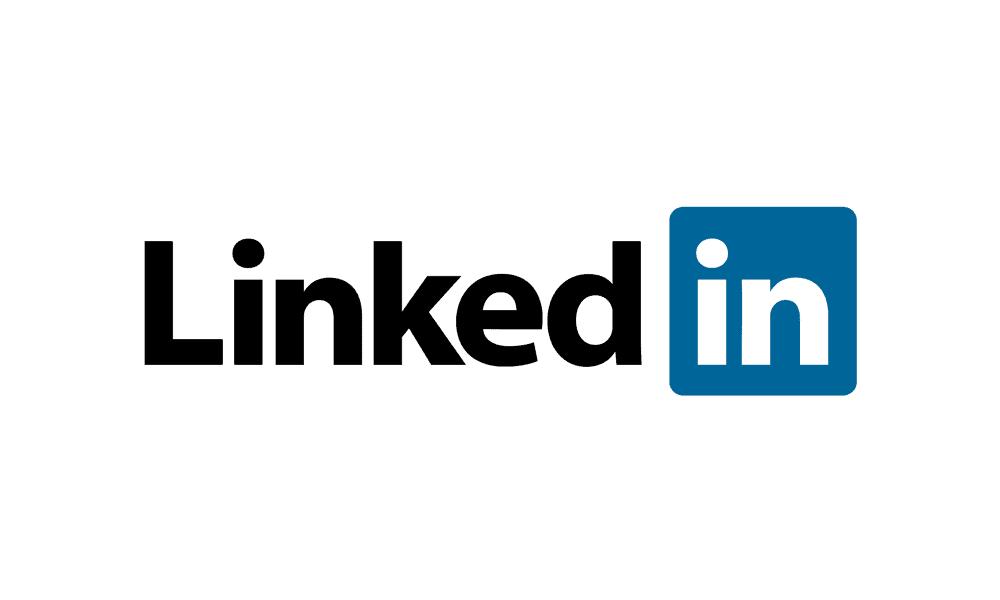 LinkedIn is a professional networking site dubbed “Facebook for Professionals.”

It connects professionals, and also functions as a recruitment posting site.

LinkedIn has a very simple logo: a black “Linked,” and then a white “in” set on a blue square.

The shorter version of the logo retains just the “in” part.

Regardless of which, the logo is among the most recognisable as it is very straightforward.

Finally, we have Youtube, a video-sharing platform founded in 2005.

Formerly, the logo was a black “You,” and then a white “Tube” set against a red rectangle with rounded edges.

Now, the rectangle has been placed before “You,” and now encases a play button, while “Tube” is now black like the rest of the name.

The shorter version of the logo retains the play button on the rectangle, greatly symbolising how YouTube is all about videos.

What are the key takeaways from these Social Media Logos?

One thing that is very common among the designs of the above social media logos is how simple and straightforward they are.

The key is to have your logo easily-recognisable.

Make sure that people can associate your name or a with your brand.

Where possible, you should be able to come up with a shorter version of your logo that can stand on its own, while retaining its meaning.

Author Bio: Kevin Urrutia is the founder of Voy Media, a Facebook Marketing Company based in New York. Kevin has helped businesses maximise their sales and conversions by unlocking the potentials of Facebook Advertising. He crafts personalised solutions for each client, ensuring that the best results will be achieved most effectively.