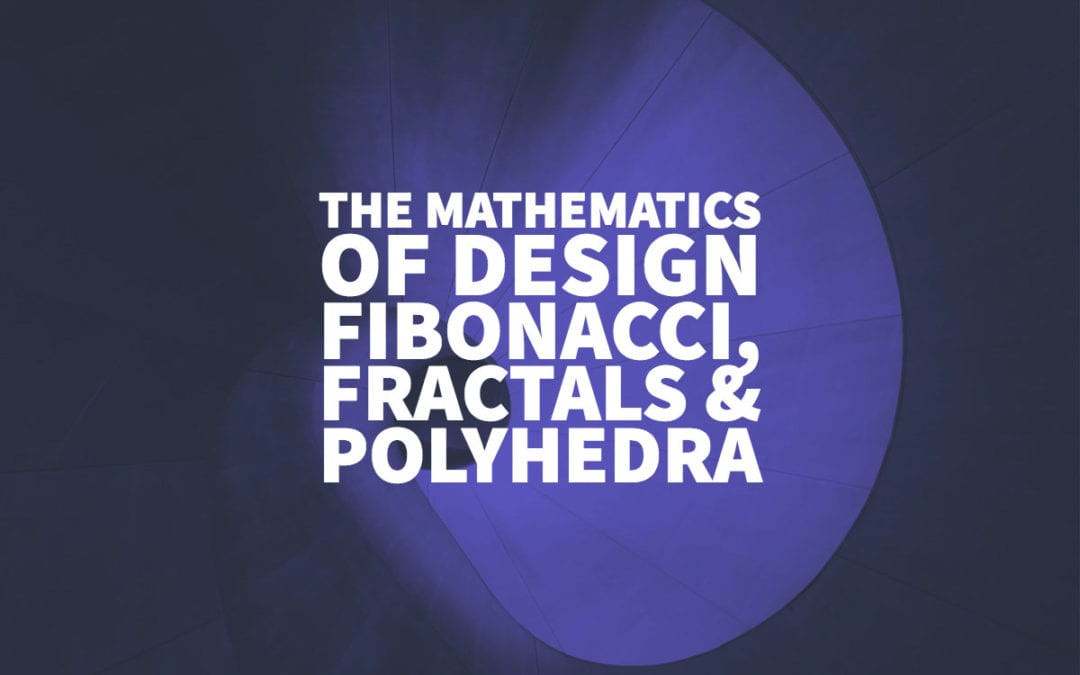 What will I learn? show
The Fibonacci Sequence
Fractals
Polykleitos Canon
Polyhedra
Finding Examples of Mathematics in Design And Other Art Forms
Conclusion

Even though mathematics is in the list of the most challenging college classes, in reality, nothing could be further from the truth.

Many design concepts, such as symmetry, have direct ties to mathematical concepts and discoveries.

So, if you are an artist or a designer, there is a good chance that you are already incorporating math into your work, you just may not be doing it consciously.

Here are some very specific ways that mathematics has not only influenced design but has acted as a true game changer. This special sequence of number is what is known as the Fibonacci sequence.

If you take a closer look, you will notice that every number, after the seed numbers 0 and the first 1, is the sum of the two numbers prior.

At first glance, it may be difficult to see how any of this relates to art, but in fact, this sequence plays a significant role in art and design.

Imagine if each number is a shape. Let’s say the second number 1 represents a square that is 1-inch square. Then, let’s say that the 55 is a 55-inch square.

The combination of these squares can be used to form what is known as the golden rectangle.

You can find this rectangle in paintings such as the Mona Lisa and both classical and modern architecture. 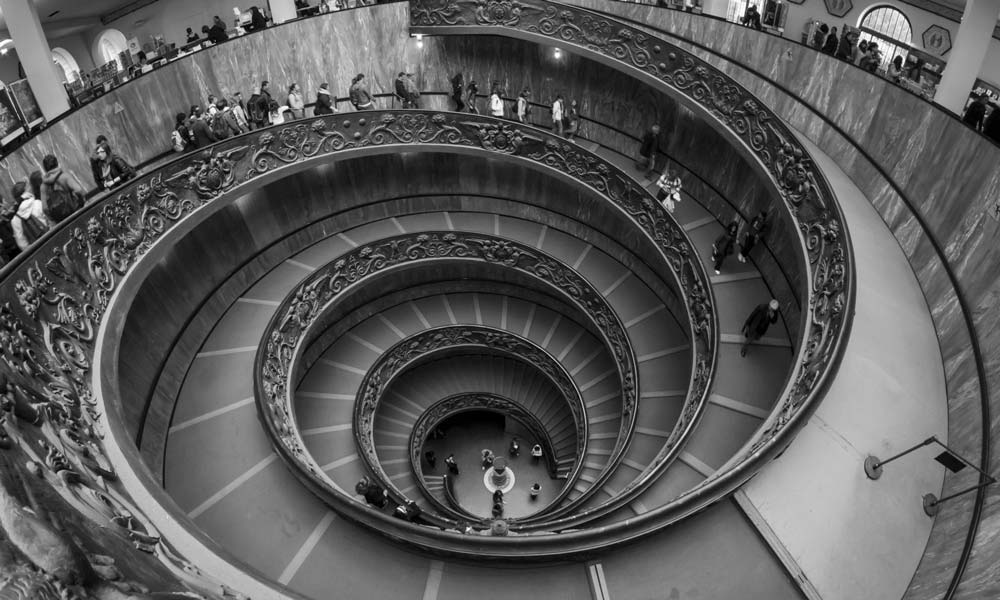 Many web designers incorporate the golden rectangle in their designs by using the PHI calculator.

This calculator will help you to determine, for example, that if you were to put the logo here (use your imagination) how the other elements of your page should be placed and sized.

Of course, this is not only limited to web design work. You could apply this to any design project.

Now, imagine the shapes representing circles. When arranged in certain ways, these can form the basis of starbursts, flowering patterns, branching, and more.

A perfectly formed spiral is based on the Fibonacci sequence. Not only do these things occur in art, but they also occur in nature.

In fact, the golden ratio, which is the reduction of numbers in the Fibonacci sequence that comes as close to zero as possible can be used to create the perfect spiral.

Many of Leonardo Da Vinci’s works incorporated the golden ratio. Even the human face closely follows the Fibonacci Sequence.

Other works that contain the golden ratio include the Great Pyramids and the Parthenon. Some people even believe that the Apple computer logo uses the Fibonacci sequence, but experts dispute this claim.

Fractals are repeating patterns that can be created via mathematics, but also appear in nature.

The most notable characteristic about fractals is that the repeating pattern can be noticed regardless of scale.

To better understand this, imagine using a microscope and turning up the magnification on an object.

With fractals, no matter how closely you zoom in, you continue to see the same repeating patterns. This is known as self-similarity.

On the other hand, quasi-self-similarity means that the patterns very closely resemble one another, but not perfectly.

Fractals can be created using computer software and mathematical formulas, but some of the most compelling examples of fractals come in nature. Here are just a few examples:

You can see an example of fractal patterns when you look at a window after a light frost. The similar patterns that repeat in the ice crystals are fractals.

In art, some of the best-known examples of the use of fractals can be found in Jackson Pollock’s paintings.

In fact, computer analysis has been done on his works that have determined the presence of fractals. This is in spite of the fact that at first glance, they often appear to be quite random.

It is believed that his particular style of creating his paintings is the cause of this. In spite of this, for the most part, fractals in the art are created digitally. In fact, digital art and animation rely on fractals as their foundation.

Web designers and graphic artists frequently use fractal images. If you have seen repeating patterns in background images on websites, for example, these are based on fractals in many cases.

Many believe that the repeating patterns in fractals are both soothing and aesthetically pleasing.

If you would like to learn how to create fractals and how to use them in your designs, there are plenty of tools and examples available to you on the internet.

Polykleitos was a famous Greek sculptor. In fact, he is widely regarded as one of the fathers of the classic Greek style of sculpture seen in many museums around the world.

His contributions do not stop there. He also wrote a Canon on symmetry regarding the sculpting of the male form. This canon represented his thoughts on aesthetics and artistic perfection.

He believed that all parts of the body appearing in a sculpture should be clearly distinct from one another, and proportioned using mathematics.

This was done by treating the tip of the finger as a square unit of measurement.

His work at determining the best ways to reach a perfect balance in sculpture is still influential today. In fact, Polykleitos son, and namesake grew up to be a famous architect.

It is hard to imagine that his father’s work on proportion did not influence him greatly.

A polyhedron is a three-dimensional structure that consists of a collection of polygons that are joined along their edges.

Polyhedra have been incorporated into art and design for centuries. For example, Salvador Dali’s painting of The Last Supper depicts Jesus and his disciples within a dodecahedron, which is a type of polyhedron.

A polyhedral net is a net that has been unfolded for printing. Another one of Salvador Dali’s works, Corpus Hypercubus uses a polyhedral net as the cross.

Polyhedra were specifically addressed in the book Education on Measurement written by Albrecht Durer.

He was a German printmaker during the Renaissance, who wrote the book to educate others about perspective, While some of his thoughts on that subject were a bit off base, his discussion of polyhedra and polyhedral nets were quite insightful.

These nets contain fascinating patterns that can often be seen in mosaics and other art forms where geometric patterns are common.

Finding Examples of Mathematics in Design And Other Art Forms

Even if artists and designers do not use mathematical formulas in their work, the results often reflect the use of mathematics.

If you notice symmetry, geometric patterns, balance, or proportion on a website, there is a mathematical principle behind those things.

Even the use of positive and negative space has mathematical origins. What’s even more interesting is that these principles do not only impact images.

Even the way that text is displayed on a screen can involve the use of mathematics.

For example, the principle that text is more readable when there is plenty of white space is primarily the use of positive and negative space to create something that is more pleasing to the eye and easier to process.

Mathematics goes hand in hand with art and design because the human brain appreciates and understands consistency.

It is for this reason, that symmetry, balance, exactness, and proportion are such important parts of a design.

It is also why patterns frequently appear in art and design.

If you’ve ever visited a website or looked at a work of art that just seemed off to you, and was troubling to look at, there is a good chance that the artist or designer failed in one of these areas.

It is one thing when this is done by design, for example, painting something that lacks symmetry for effect.

Unfortunately, when it is simply the result of poor execution, it becomes problematic.

Hopefully, some of the information here will help designers to incorporate mathematical principles into their work in more ways.

The results will likely be more aesthetically pleasing as well as being easier to use. 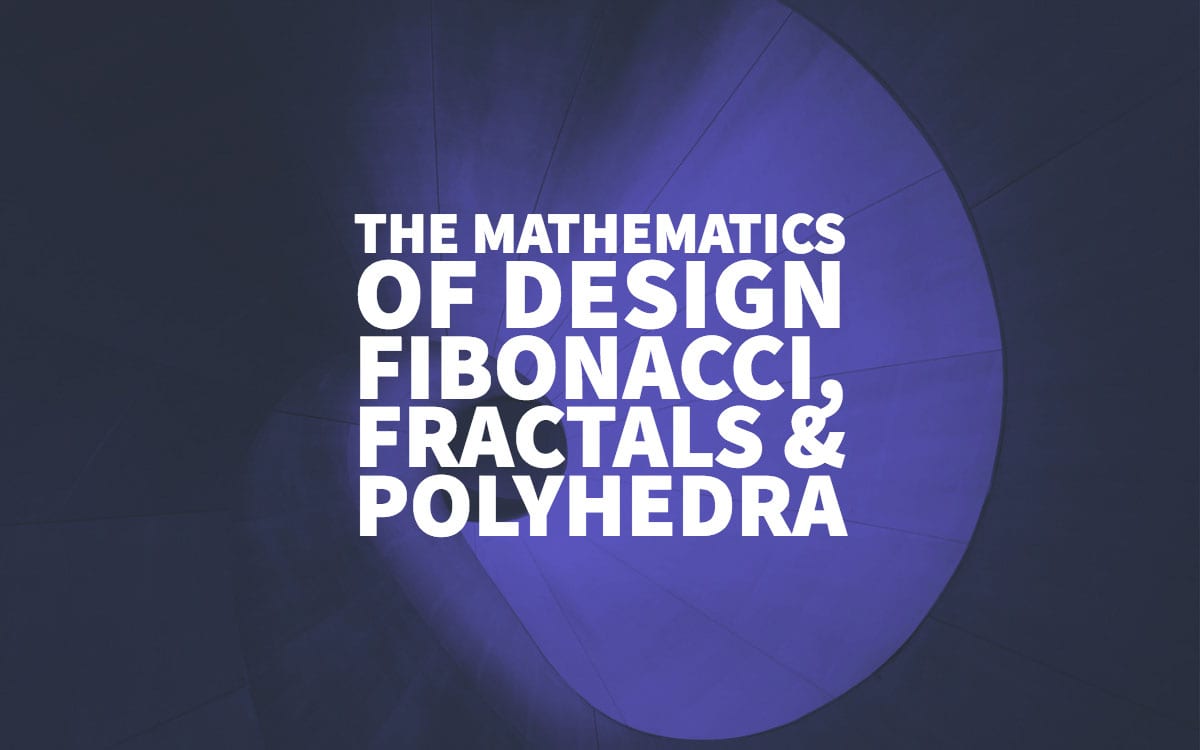 Are there any further books you can recommend?

A fascinating read, thank you. I will say, though highly acclaimed, Jackson Pollock is overrated; in my opinion.