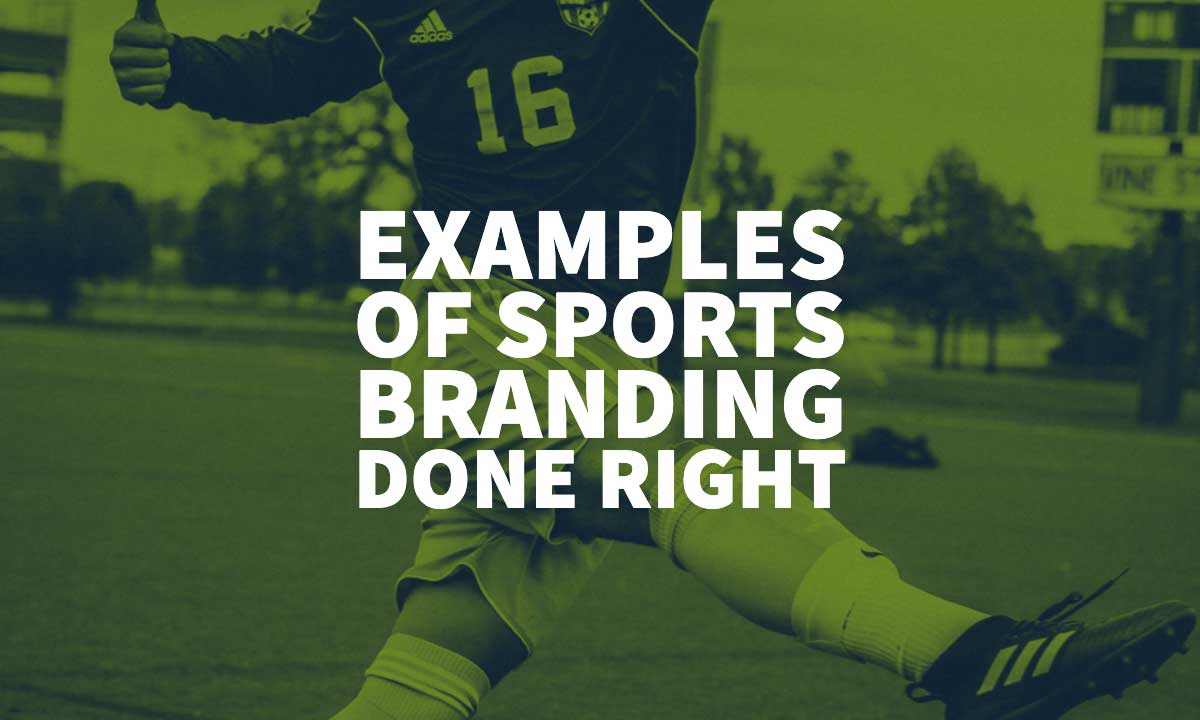 If you ask any person who has been long enough in the marketing business about which strategy is better – online or offline – the answer is probably going to be that they are equally important.

Sports branding is not an exception.

And while there is a plethora of different online marketing campaigns that are blowing everyone’s minds all across the globe, the importance of offline marketing shouldn’t be overlooked.

The problem with offline marketing is that it’s hard to track how effective it is at any given point.

Focusing on online strategies gives you a clearer picture which pretty straightforwardly tells you if the campaign was a success or not.

Of course, there are proponents of both strategies which would eagerly argue that the one is far better than the other.

But the truth is probably somewhere in the middle.

There certainly are cases in which an online or an offline campaign would be more appropriate, and should be favoured.

But in most cases, if you want your branding done right, especially in sports, you should opt for both of these strategies.

We’ll try to give you some of the examples to show you why this is the case.

What will I learn? show
Focusing Solely On Athletes – Is It Always Good?
The Sports Team Branding Benefits
Take Advantage of the Media Walls and Banners
Don’t Disregard Classic Ads
Stationery Items and Other Printed Material
In Summary

Focusing Solely On Athletes – Is It Always Good?

You find an athlete (world-class, if possible) who’s willing to promote your brand.

They become a perfect brand ambassador, and people instantly associate your brand with that athlete.

There are numerous examples of this: Nike and LeBron James, or Cristiano Ronaldo today, and Gatorade and Michael Jordan (‘Be Like Mike’) in the 1990s.

You may also like:   Pros and Cons of Including Your Children in Your Personal Brand

These examples show that while social media is important, some of the more classic branding campaigns still resonate in people’s memory.

But the downside of the strategy that focuses solely on social media can be a lack of control of what the athlete posts or does in their spare time.

Tiger Woods is one of the people who everyone has in their mind in this regard, in recent history.

But he’s also someone who managed to turn things around, and gloriously also.

Kobe Bryant also had his sponsorship deals with McDonald’s, Nutella and Coca-Cola dropped after he was accused of sexual assault in 2003.

In hindsight, these would have to count as examples of sports branding done wrong, especially at that time, since they all ended up hurting the companies that sponsored them.

But luckily, both of these athletes bounced back pretty quickly, so we can’t say that these deals were all that wrong or bad.

The sports team branding is pretty similar to approaching athletes and asking them to promote your brand.

If you’re a smaller brand, you don’t need to worry – you can still find a local club that’s willing to cooperate and offer them your sponsorship.

As far as sports team branding goes, there are two scenarios.

Either you’re a marketer, have your own brand, and you want to team up with some club, or you want to promote the club or the sport.

In each case, the smart choice would be to diversify your strategy as much as possible.

For instance, the Seattle Seahawks teamed up with Starbucks for the XLIX Super Bowl since they’re both from Seattle.

On the other hand, Orlando City organised a scavenger hunt to engage fans.

You may also like:   The Top 5 Most Effective Green Marketing Strategies

The first example shows two giants – one sports, and the other business – working together to promote their respective brands.

At the end of the day, they’re all primarily interested in generating profits.

That’s why it’s crucial to have a good marketing plan laid out in either case.

The second example shows you just that.

The ‘scavenger hunt’ idea was created to engage fans and promote the team.

The more popular the team is, the more fans it has.

As a result, you sell more tickets, more jerseys, and you also get sponsorship offers (exactly like the Seattle Seahawks did with Starbucks).

Take Advantage of the Media Walls and Banners

Another prime example of sports branding done right is taking advantage of the media wall.

This is a true win-win marketing strategy, as it targets and affects both online and offline audience.

When a big sporting event happens, millions of people around the world are tuning in to see how their favourite teams or athletes perform.

They do that either by watching in person, via TV, or using online streaming services.

But they’re all eventually exposed to media walls.

Whether it’s a press conference, halftime show or event coverage, a lot of people will get a chance to see your brand either live or mediated.

That’s why you want to make sure your brand is entirely visible.

Opt for the brand like Bannamesh, and both you and the fans will see and feel the difference.

When there’s a huge sporting event, you want your ad to be up there with the rest of the brands and companies.

Other than media walls, you can also choose banners which are visible all the time during the event.

People who attend in person will get a chance to see those banners, and those that are watching at home or in a pub will also be affected.

You may also like:   Brand Continuity Strategy For Online Selling

You should also be aware of the fact that this also creates a certain image to your brand or a company.

If you’re able to put an ad up there with all those big names, it shows people that you’re serious, committed and determined to sell whatever it is that you want or have to sell.

We went from marketing campaigns that focus primarily on online branding (athletes and teams) to the one that takes full advantage of both online and offline promoting (the media wall sponsorships and banners, for instance).

Now it’s time to focus on some of the more classic ads.

We strongly recommend you not to disregard some of the old-school approaches like placing an ad in a newspaper, renting a billboard, using object ads, phone books, flyers, TV and radio commercials, or direct mail.

These are all still great sport marketing strategies that can lead to generating profit.

For example, you can use promotional items, like Alzheimer’s New Zealand did.

Advertise the athlete or a club that you represent in such a manner, and it’ll pay off.

We are fully aware of the fact that people spend so much time online these days.

But you also have to take into consideration the fact that people still have to walk the streets, ride the buses, commute to and from work, walk their pets, do the shopping, etc.

This is also (and still) an opportunity (and a rather good one) to engage people and show the world that you’re around.

It is also your chance to get creative and promote your brand or a company in a unique way.

If you’re a team owner and you want people to know that there’s an upcoming game this weekend, you want to be all over the place.

You may also like:   How to Start a Small Business and Make Money

Create the hype that’s going to help your team succeed.

It doesn’t matter which strategy you prefer to follow – just go all in, and people will recognise this.

Stationery Items and Other Printed Material

This form of branding also counts as an offline strategy but offers a great way of promoting your club or an athlete.

When you opt for this just make sure that you include some online information and links.

That way, people will get a chance to get familiar with you on all media levels – both offline and online.

On top of this, when you use stationery items as a form of branding, you’re not only worrying about the new fans, but you’re also taking care of the ones that are already loyal to you.

Hand out things like pens, calendars, mugs, notebooks, USBs, and people will be glad to receive these small gifts as signs of reward for their loyalty.

We’ve already talked about going all in – organise a meeting in which the fans will get a chance to meet and greet the team members.

You can also organise a quiz show, where you can hand out these signed off stationery items to the fans.

Sports branding can be pretty chaotic and hectic at times, and marketers are occasionally confused about which strategy they should follow.

And even though there are sometimes clear benefits of favouring one over the other, we still think that you’ll be better off if you focus on both campaigns simultaneously.

If you’re an athlete, you can try doing daily vlogs which would engage the fans.

That way, you can get more sponsorship deals.

You may also like:   Restaurant Branding: Logo Design Guide for Restaurants

On the other hand, if you’re a brand and want to use athletes as brand ambassadors, be aware that it can come with a price at times.

The days when offline marketing was considered outdated should already be long gone, even though the people are spending more and more time online.