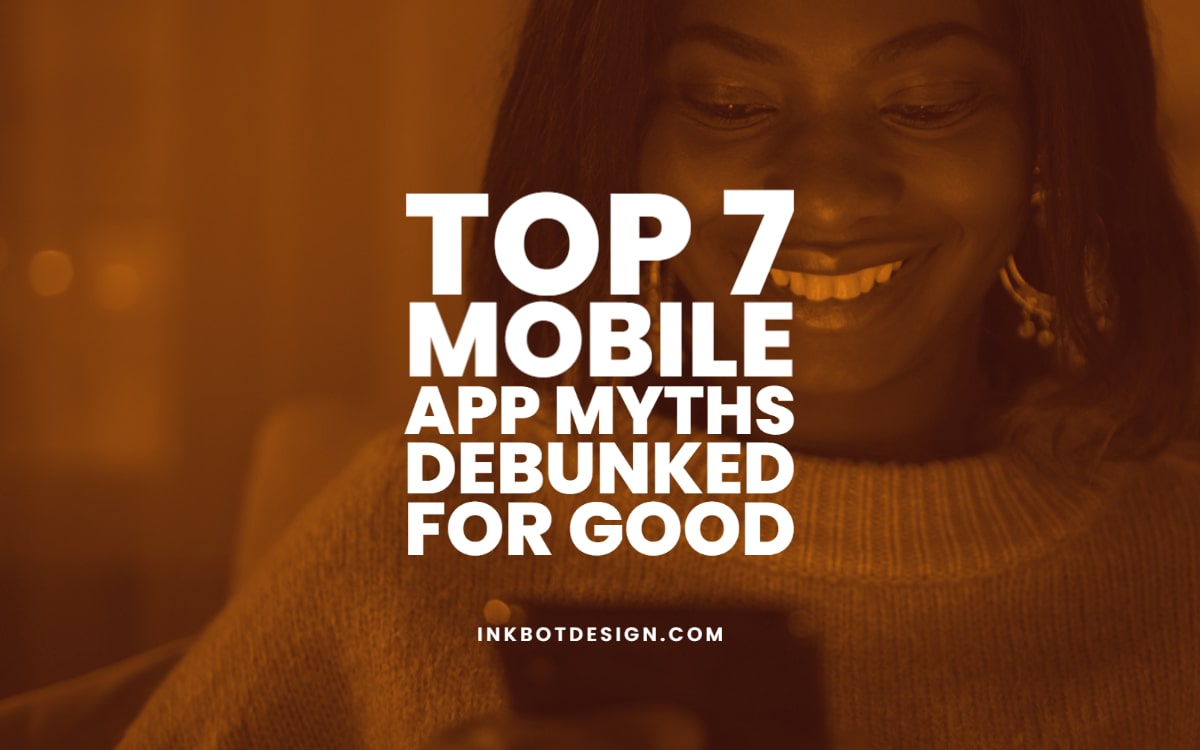 Mobile apps have changed how we use our smartphones. There were more than 100 million downloads of iOS 15 in just three days, and there are 6.4 billion smartphone users worldwide.

But there’s still plenty of misinformation about what makes an effective app, especially regarding security and privacy concerns.

What will I learn? show
Myth #1: Mobile apps are for kids
Myth #2: Apps cost too much to make
Myth #3: I don’t need an app; my phone has all I need
Myth #4: All apps crash or slow down your device
Myth #5: It isn’t easy to find free apps
Myth #6: App reviews are primarily fake
Myth #7: The best apps on one platform aren’t available on another

Myth #1: Mobile apps are for kids

This myth might seem like a no-brainer, but many people think that because an app is designed specifically for children, it must not contain anything adults want to see.

That couldn’t be further from the truth! Some of the most popular apps among teens include Snapchat (a photo-sharing app), TikTok (video sharing) and Pokemon Go (GPS based game).

More frequent mobile app myths? If an app is “too mature,” parents shouldn’t let their young children download it.

Keep this in mind if you’re thinking of downloading games aimed at younger audiences. And while it’s true that some apps require parental supervision, others are suitable for children as well as adult audiences.

If you’re concerned about any specific app, ask yourself whether you feel comfortable having your child install and use it. Even then, remember that kids may stumble across things they wouldn’t encounter otherwise.

For example, Instagram lets its users upload photos directly to social networks, allowing kids to share images without ever leaving the app. As long as you monitor screen time, you can trust your kid to navigate safely through these applications.

Myth #2: Apps cost too much to make

Making apps indeed requires investment – both monetary and human resources. But the actual development costs vary wildly depending on several factors such as scope, complexity and target audience.

This means that even though an app may only cost $1,000 to develop, it may end up costing tens of thousands of dollars per month once marketing expenses kick in.

While it’s impossible to predict precisely how much every developer spends each month, here are approximate figures provided by TechCrunch.

So why do marketers spend so much money on promoting apps? Because consumers love spending money on products and services they love — especially if they believe they offer something unique.

When it comes to apps, advertisers know that millions of potential buyers regularly check out apps based solely on recommendations from friends, family members, and other users.

That said, budgeting is essential. Developers should set aside enough funds to market and promote their products correctly. Without doing so, the chances of success decrease dramatically.

We live in a world where almost everything happens via digital media now. From banking accounts, shopping online, paying bills, and finding job openings, technology plays a vital role in today’s society.

Yet most people fail to realise how powerful an impact smartphones have had on daily life. They assume that because they already possess a reliable camera, messaging system, browser and GPS navigation system, they don’t need additional features offered by apps.

These are the more common mobile app myths, but the reality is quite different. Smartphones add convenience and flexibility to everyday tasks, allowing users to perform tasks faster, easier and safer.

Consider going grocery shopping without needing cash or credit cards? With Amazon Go, you can shop for groceries without waiting in line. Want to chat with faraway loved ones during quarantine? Skype provides video calls between computers and phones. Or try sending a message to someone who doesn’t use WhatsApp yet? TextMessage offers text messaging capabilities within SMS.

Apps allow people to accomplish goals and objectives in ways that weren’t possible before. Take driving, for instance. Using Waze Maps’ real-time traffic alerts, you can avoid accidents ahead of time.

Or imagine being able to access business hours anywhere, anytime, thanks to Zoom Scheduler. A lot goes into creating a successful app, but developers prioritise functionality to ensure that users benefit from the application right away. So always consider how you’ll utilise the tool before deciding whether to purchase it.

Myth #4: All apps crash or slow down your device

There are many reasons for software crashes, including bugs, viruses and hardware issues. However, sometimes an issue occurs due to poor coding practices, outdated code, malicious attacks or glitches related to data collection.

Regardless of the cause, bad performance isn’t always caused by a poorly made app. Sometimes, it can happen simply because you installed multiple apps simultaneously.

When it comes to slowing down your phone, the culprit might be running older versions of operating systems.

Users with old iPhones and iPads might notice slower speeds after upgrading to a newer OS. To solve this problem, check out our guide for fixing lagging problems.

And speaking of storage space, never underestimate the amount of junk you store locally on your phone. Some apps automatically save screenshots, videos and audio recordings, while others cache maps, documents and emails.

Over time, this adds up. Before installing a new app, review the permissions required and delete unnecessary items.

Finding good quality, useful apps for free is challenging. While there are tons of paid apps worth checking out, there are also dozens of great options that come straight from the source. Fortunately, if you stick to reputable app stores, you won’t miss out on incredible deals.

For starters, you might hear conflicting advice about whether it’s wise to pay for premium apps versus getting them for free. After all, developers work hard to create fun, engaging experiences for users.

But it’s essential to support them financially to continue investing in improving existing titles and bringing exciting new ideas to light.

Plus, paying for premium offerings helps guarantee bug fixes and updates, along with extra perks and benefits.

Also, Patreon is a crowdfunding site for artists seeking donations from fans. Just beware of scams. Lookup the legitimacy of any project before parting with your cash.

Finally, it would help if you considered donating to non-profit organisations instead of buying apps outright.

Donating gives back to causes you appreciate, supports creators and encourages innovation. Check out non-profit directories to discover worthy non-profits near you.

Reviews help gauge the popularity of an app.

Unfortunately, plenty of dishonest reviewers out there are trying to inflate ratings for financial gain. Many write positive comments themselves or give a higher rating to boost sales of promoted apps. Others manipulate screenshots to exaggerate critical metrics.

In addition to shoddy reviews, scammers sometimes pose as legitimate app managers. These con artists promise increased revenues but ultimately pocket the profits for themselves.

App reviews are easy to verify. Most platforms display reviewer names alongside reviews; however, you can easily spot fakes by looking for unusual activity patterns—review sites such as Trustpilot and Yelp vet reviewers before publishing stories.

As a general rule of thumb, read past reviews carefully. Make sure to check out customer service levels, return policies, refund policies and contact info. Additionally, go beyond reading headlines and click bait copy. Do your research thoroughly if you decide to download a particular app.

Myth #7: The best apps on one platform aren’t available on another

Sometimes, compatibility issues arise when switching between platforms. For example, Android phone users might complain that their favourite app isn’t compatible with their brand new iPad. Similarly, iPhone owners may run into trouble downloading apps from Google Play or Amazon.

The good news is that if you find a great app on your home platform, chances are it’s also available on the other platforms.

What mobile app myths have you encountered that you’ve found to be misleading or untrue? Let us know in the comments below!