How Graphic Design Influences the Process of Software Engineering 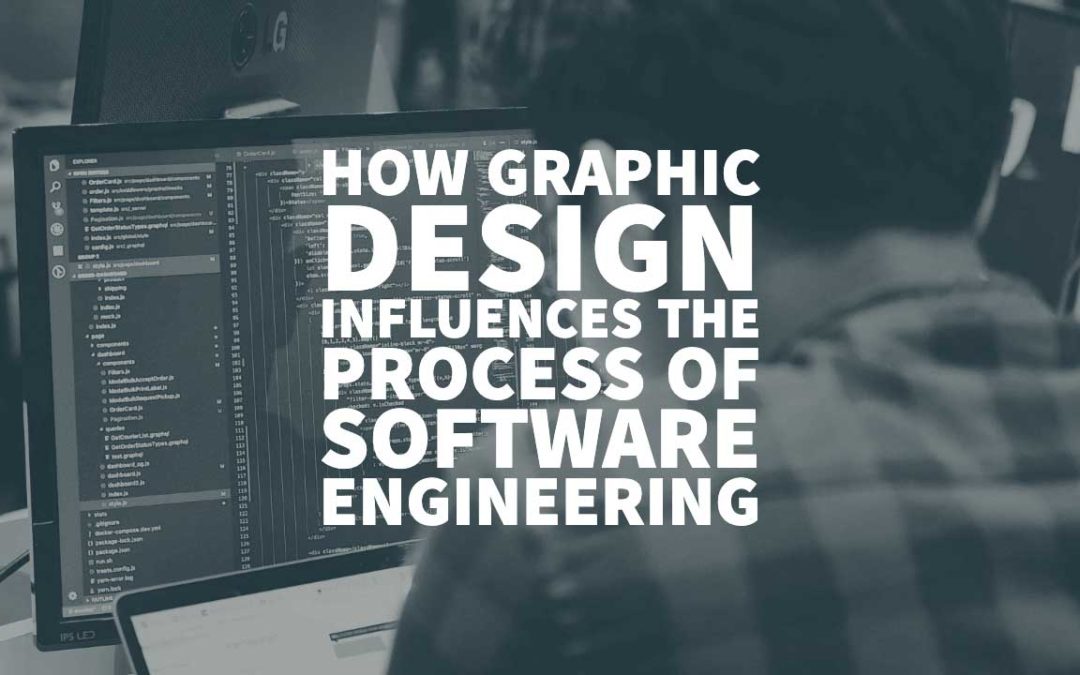 What will I learn? show
The choice of lettering can drastically affect the nature of the product
The rise of full-stack development
Improved coordination and efficiency
The graphic design opens up new approaches to programming
Reaching a better understanding of the users
Conveying the message of the credibility of professionalism
Improved immersion

How Graphic Design Influences the Process of Software Engineering

Graphic design has always been an integral part of the business world.

After all, people are visual beings, and products and marketing assets that have been able to communicate some message in an intuitive visual manner have always found wide acceptance amongst their target audience.

The rise of information technologies, however, brought one utterly new dynamic into this relationship.

At some point in time, design elements stopped being important exclusively based on how some product is perceived.

The very nature of GUI-driven software environments put the graphic elements in the crux of how some product is used.

This relationship continues to exist to this very date to an even greater extent.

Let us then take a look at some of the essential ways of how graphic design influences the very core of software engineering and why your developer teams should get more involved in the design.

Even if we take out all the advanced design elements out of the software engineering and boil down user interfaces to their most basic command-line form, the fact remains that something as necessary as the choice of typography can change the nature of the product and affect conversion rates.

For instance, the human eyes read the text in a particular pattern we call “scan path” meaning they scan through the page in 7 to 9 letter chunks before needing to pause to process what they’ve read.

Efficient software systems should utilise this fact to make working with blocks of text more functional and intuitive.

Furthermore, some types of lettering can do a lot to set the tone for the product.

For instance, the US Government uses Helvetica for their tax form, so this font usually emits a more official vibe.

On the other hand, Courier fonts were designed to resemble memos written on the typewriter, so they are better suited for more casual forms.

Finally, the sans serif fonts (e.g. Futura Book) are considered a preferable solution for the commercial distribution because they are very simple, visually appealing and, what’s probably most important, legible on screens on different sizes.

All these facts and practices make the core of graphics design and have a significant influence on the quality and usability of the final software product.

The rise of full-stack development

In what now seems as Stone Age of programming, development was split into two distinct and strictly separated groups – backend developers were handling the server-side of the applications, while the frontend developers took care of the UI.

Each of these branches featured their own distinct programming languages and design practices.

While this line of separation still exists, it is hard to deny that the entire programming world is more and more leaning into the full stack territory.

The technologies that were designed for visual representation (e.g. HTML) now feature tons of programmable functions.

The old backend heavyweights, like Java, are continually evolving their visual frameworks.

And then, there are newer technologies like Python and Ruby on Rails that were explicitly built with full-stack programming in mind.

As this evolution is going on, graphic design slowly seizes to be the afterthought of software development and turns into its cornerstone.

Bridging the gap between GUI and server layers means making the graphic elements the centre of the focus and developing the rest of the package something to do from thereon.

For the very reasons we have briefly covered above, the influence graphic design demonstrates over the world of software development stretches way beyond the strictly technological ties.

Generally speaking, the companies that are integrating graphic design into software engineering and development are producing some very tangible organisational and financial benefits.

Let us take a quick look at the two most essential mentions.

The graphic design opens up new approaches to programming

The current offer of software developer jobs is more than extensive, which means that future engineers seldom lack the opportunity for self-improvement and professional development.

Still, being heavily rooted in what we like to call “good programming practices” extended work on a limited set of frameworks and technologies often tends to suck the creativity out of software engineering.

The more substantial introduction of graphic design into the development process we are experiencing right now serves as a much-needed catalyst for developers to step out of their comfort zones and try out some new visually-driven approaches.

This breath of fresh air sometimes comes off as a real blessing because the new approaches and practices that are successfully used in the graphic department can be successfully translated to exclusively backend environment.

To put it simply, by learning to make correlations (visual and programmable) between different visual elements, we can learn to use the same relationships in the environment where such connections are hard to visualise – especially in the field of user interaction.

Reaching a better understanding of the users

Much like any other products that have existed, software packages are intended for some end-user who is going to consume it daily.

The theoretical assumptions about how this imaginary user is going to use the product make the foundation for a successful case study.

And ever since software products became inseparable from graphic environments, examining the different design elements has become one of the first steps in performing case studies.

So, we can see that graphic design is, at least to some degree, present in the process of software development from the very theoretical inception.

What does that mean for the current software engineers and developers?

Well, by taking steps to reach a better understanding of the graphic design and the practices the end-users find appealing, software engineers will be in a much better position to approach the development from the user standpoint.

As a result, the final products should be much more refined and user-friendly.

Conveying the message of the credibility of professionalism

As time goes by, the problem of visual presentation becomes more and more critical.

So much so, that people tend to base their assumptions of some product or company primarily on the visual experience that they are provided with.

Speaking in cold numbers, 38% of visitors will stop using a website if they find the content or layout unappealing, while 75% of users form the opinion about the company’s credibility based on the company’s website design.

Although these numbers are primarily concerned with website design, they can tell us a lot about the general state of the consumer-oriented software market.

The hard work the engineers and programmers are putting into developing functional software packages is valued predominantly by their surface layer.

Although this fact may sound horrifying to some, it only speaks in favour of the fact that the artificial separation between backend and frontend programming is slowly growing extinct.

If anything, aspiring software companies should look at the ability to incorporate graphic design more tightly into their day-to-day operations as an opportunity to create the aura of professionalism and stand out from the completion.

Finally, we have to cover one of the greatest assets that efficient graphic design brings to the table in terms of graphic engineering – the ability to create uninterrupted immersion in user experience.

If we take a look at the current state of the smartphone OS and app markets, we will see that extensive explanations or even intrusive controls are giving way to gestures and far more subtle visual cues.

The text blocks are seamlessly incorporated into the graphics, while the graphics create one uninterrupted visual composition with their native environment.

Going back to some not so distant times, we can find a much different situation.

The fact that we are slowly moving in the direction of more immersive visually-driven experience speaks in favour of the level of unification achieved between graphic design and software engineering.

As we can see, the interlocking connections between software engineering and graphic design are as numerous as they are profound.

And judging by the developments we have witnessed so far, the line between these two professions will only become more blurred as time goes by.

That is until we stop looking at User Interface through the framework we have set in the mid-80s.

However, even if we, at some point, move on from this type of input to something even less obtrusive, we will need some visual cues to operate the apps, meaning that graphic design will stay in the core of software production.