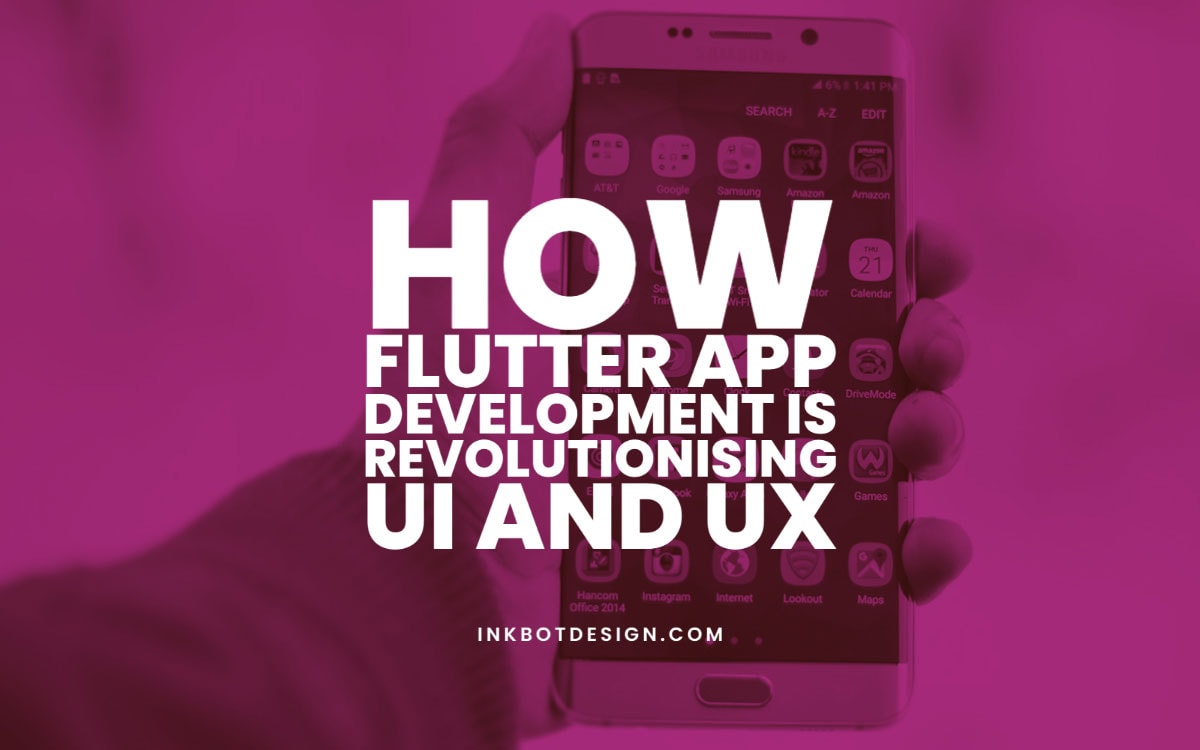 It is safe to conclude that demand for mobile apps has gracefully grown from desktop to mobile, with 3.5 billion smartphone users in 2020 and predicted to reach 3.8 billion in 2021.

This is due to developers’ rising interest in creating applications with a highly responsive and engaging user interface.

In 2015, Google announced a substantial update to its search engine algorithm and a new regulation requiring all websites to be mobile-friendly first.

From there, designers have not only grasped the significance of building responsive architecture in desktop and non-desktop applications but also like creating responsive UI in-app to improve user experience.

In practice, however, designers face a complex problem creating responsive UIs in applications.

Whether customising modifications in the app, auto-rotating content to fit the screen or making it suitable for both tiny and large screens, we’ve got you covered.

Your app must be responsive to layout changes at all costs. Also, millions of startups and businesses are rolling out in some corner of the world now and then, so how do you stand out from the clutter?

That’s where Flutter enters the picture and seizes the initiative!

Flutter has evolved into a game-changing framework for creating compelling mobile applications. With its stable release, this cross-platform and intuitive UI making framework will supplant React Native’s prominence.

Flutter is a Google endeavour that allows you to create a better user experience. Flutter has undeniably established itself as a top choice for creating stunning native apps.

Before we get into the intricacies, let’s take an overview of Flutter. Sky was first released in 2015 and was renamed Flutter by Google in 2017.

Flutter 1.13 is the most recent edition, released in December 2019, and is developed in the C, C++, and Dart programming languages.

Flutter, which revolutionised the mobile industry, now allows you to create apps for Windows as well. According to the IT behemoth, flutter is now available in alpha for Windows web app development.

You may also like:   The Importance of Authenticity in Branding

This is excellent news for the world’s most popular desktop operating system, with over 1 billion users.

Flutter was initially intended for Android and iOS app creation. Still, this recent announcement has expanded to include the web, macOS, and Linux, all presently accessible in alpha or beta versions.

The number of Flutter apps on the Google Play Store has constantly increased to about 90,000, demonstrating the platform’s growing popularity.

The number of Flutter-built apps increased by roughly 80% in April 2020. Around 2 million developers use flutter worldwide to create cross-platform apps for startups, companies, and other businesses.

Flutter’s most significant release allows developers to construct whatever they desire, regardless of the device they are developing an app.

That being said, let’s look at all the aspects of Flutter app development services.

Get Responsive or Adaptive with Flutter

One of Flutter’s main goals is to provide a framework that allows you to design apps that look and feel amazing on any platform using a single codebase.

This implies your software may display on various screens, ranging from a watch to a foldable phone with two screens to a high-definition monitor.

Adaptive and responsive are two phrases that describe notions in this scenario. You’d like your app to be both, but what does that imply precisely?

Even though these two sound similar, you can’t interchange them.

Adaptable and responsive are two independent properties of an app; adaptive software might be responsive but not responsive, and vice versa. An app can, of course, be both or just one out of the two.

A responsive app’s layout is usually adjusted to fit the available screen size. If the user resizes the window or changes the device’s orientation, this often entails relaying out the UI.

You may also like:   11 Top Mobile App Development Companies

This is especially important when using the same software on several devices, such as a watch, phone, tablet, laptop, or desktop computer.

Adapting software to run on several devices, such as mobile and desktop, necessitates dealing with mouse, keyboard, and touch input.

It also means that different expectations exist about the app’s visual density, component choices (cascading menus versus bottom sheets, for example), and the use of platform-specific capabilities.

Why you should consider Flutter

With Flutter app development services, the possibilities are practically endless. So, do you think it’ll be challenging to learn Flutter?

We can say that Flutter is suitable for everyone, whether you’re just starting with mobile app development or have some experience.

Best suited for creating an MVP

With Flutter app development services, you can take advantage of feature turnaround time.

It’s an all-in-one framework that lets you create platform-agnostic programmes that function across web, desktop, and mobile platforms.

As a result, you can plan and target the release of an app across all platforms simultaneously.

Hence flutter is ideal for creating an MVP and favourable for businesses who desire to do so. This allows them to increase their market capitalisation significantly.

Flutter’s hot reload functionality is responsible for increased productivity. Flutter mobile app developers can see changes in less than a second, and the app’s structure can change in less than 10 seconds.

As a result, you’ll be able to view the changes as soon as they’re made.

A Flutter developer can quickly frame UIs and fix issues. The modifications are so quick that they reduce reload time and extra time on iOS and Android simulators, emulators, and hardware.

Because Flutter is a complete SDK rather than just a framework, it can run on almost any device with a screen.

You can run Flutter apps on Mac OS, Windows, and Linux with third-party ports. Embedding APIs, mouse and keyboard input functions, and many plugins are all options.

You may also like:   7 Key Factors to Improve Conversion Rates Using Psychology and Web Design

This feature will soon become official, given the possibilities and Google’s affinity for IoT devices.

Use a single codebase

A single codebase is used in flutter app development services to execute a single version of the programme on iOS and Android platforms.

As a result, the designers and engineers concentrate solely on developing a single codebase for both platforms.

Dart as the programming language

Flutter is written with the Dart object-oriented programming language, which has several useful capabilities today.

Garbage collection, an extensive standard library, strong typing, generics, and async-await are just a few of its features.

Flutter allows developers the option to use widgets based on their needs.

Everything a developer creates is a widget, and the goal is to create a user interface.

Another feature is the layout, which aids in defining the state, position, and size of widgets.

If you choose Flutter app development services, you’ll have the option of choosing from various Integrated Development Environments.

You can begin using Android Studio and then move on to Visual Code. VS Code has the advantage of being lightweight and quick.

You’ll need to recruit developers with the appropriate skill sets to create Android and iOS apps. This is a pricey venture.

However, because Flutter programming supports Android and iOS, you can hire only one developer, saving you a lot of money.

As a result, start with the basics and improve your Flutter app based on user feedback, saving both time & money.

How does flutter work on Big screens?

Flutter is a user interface framework built on top of the Dart programming language. All programming effort is made with dart code behind the scenes.

As a result, the flutter’s adaptability is determined by how the dart code is used.

Web developers are aware that javascript is the web’s scripting language.

Javascript is used to govern the entire client-side environment. As a result, the dart code is compiled into javascript code, which can be readily run on the web using HTML components.

Dart code is run on the C++ flutter engine, supported by platform-specific embedders for Windows, Mac, and Linux. It’s not as difficult as you may assume.

The flutter embedder API is a low-level API for Flutter. This API is used to deliver the flutter functionality to an embedded system.

Developers must construct custom flutter engines using API on the platform of their choice. However, this is still in the early stages of development, with developers aiming to improve it in the future.

Flutter app development services have helped build some of the most unique and successful apps, creating waves worldwide.

Here are some popular ones that you have heard of.

Because of this app, businesses have seen more significant revenue and growth.

Since Flutter and Google Ads are both backed by Google, the app is perfect for technology and innovation. Flutter’s technological skills have been put to good use in this project.

Alibaba, a significant name in the eCommerce business with many daily downloads, designed its app on Flutter technology.

Flutter’s qualities have charmed the organisation’s developers, including its perfect UI/UX, time and effort savings, ease of upkeep, and more.

Alibaba has stimulated the growing number of global transactions in the marketplace thanks to the Flutter framework’s capacity to boost large-scale eCommerce transactions. It allows customers to buy things from all over the world.

A well-known app among cricket fans, it has adopted Flutter for its UI and customisable widgets.

This app looks great because the widgets are based on material design and can be used on Android and iOS devices.

You may also like:   5 Logo Design Techniques That Redefine Creativity

Users can play many sports on this favourite app in India, and it has become a household name among sports fans.

This programme allows users to create, share, and disclose various forms of content, such as images, articles, videos, photos, contests, polls, and blogs from anywhere in the world.

It has a user-friendly design that is simple, sophisticated, and easy to use.

Realtor.com has done an excellent job as a real estate application for assisting people in their hunt for their dream homes.

This app may send notifications when houses are for sale or when new buildings in the real estate industry begin using Flutter.

For the most part, Flutter lives up to the promises of its support for various platforms like Android, iOS, macOS, Windows and Linux, making it simple to create responsive websites and apps.

It not only helps you adapt your design to multiple device screen sizes and orientations, but it also provides us with widgets for specific needs, among a bewildering array of options.

Flutter – the popular, cutting-edge hybrid app development platform driven by none other than Google, has developers fluttering their skills.

The number of mobile apps produced with flutter is expected to proliferate. Thanks to Flutter app development services, newer apps and businesses will emerge as the current technology boom.

Wait until Flutter outperforms all its competitors regarding ownership, performance, outcomes, and business benefits.

As a result, flutter’s creators are attempting to extend that experience beyond mobile displays to larger platforms such as the web, desktop, and embedded systems.

Flutter’s development has become a revolution in the UI/UX business, and one day all displays will be lit by flutter app development services.

A vital piece of advice will be to hire a professional Flutter app development company that can guide you thoroughly throughout your Flutter journey and help you determine the cost and time-to-market for your app.