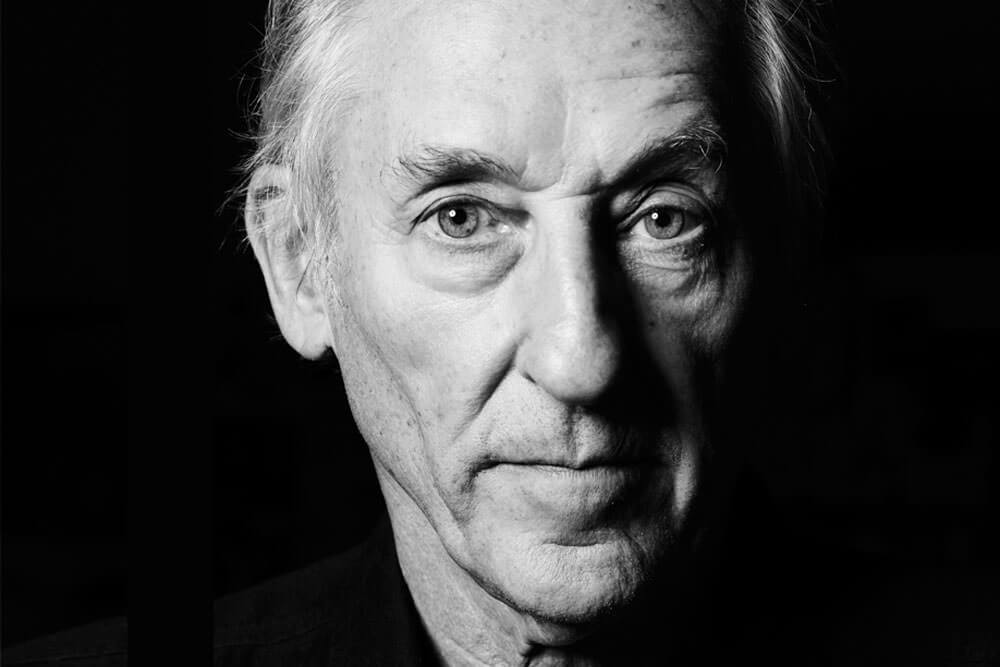 When reading the title of this post, how did you pronounce the name? ‘Rush-ah’? ‘Rusk-ah’?

If you did, you certainly couldn’t be blamed for it, as that’s how it looks. Turns out I'd been getting it wrong for years, talking knowledgeably about one of my favourite artists with no one to correct me, presumably because they didn't know either!

This is why this particular celebrity business card, made in 1963 and belonging to Ed Ruscha, is so unique as it directly addresses this issue of mis-pronunciation. 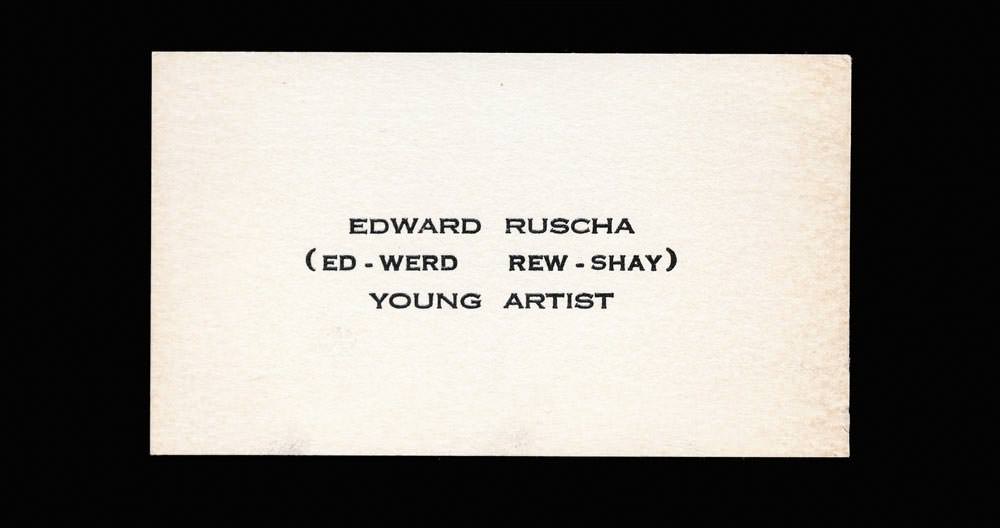 If you’re one of those people who have an unusual surname, you will probably be able to empathise with Ruscha and understand exactly why he chose to present his simple business cards this way. By providing the phonetic pronunciation of his name he not only solves what has clearly been a big issue for him for most of his professional life, but he also turns his business card into a tongue-in-cheek, attention-grabbing point of interest. ‘Ed-werd Rew-shay’; not something you’re likely to forget now.

For many people, a business card is something on which to cram as much information as you can, and not something to use as a tool to exhibit your personality. Ruscha, on the other hand, does the latter. Just by adding in this unexpected piece of information he has added a whole new dimension and given us a peek into what he might be like as a person.

He also gives himself the title of ‘Young Artist’. This is another feature which sets his business card design apart from the majority. Whereas many people would want to feature a more conventional job title such as ‘Managing Director’, Ruscha describes himself in a much more literal way. He was, indeed, a young artist being only 26 years of age at the time he printed the card. Yet another insight into his personality and the way in which he saw himself; he felt no need to elaborate on or embellish what he did in his career.

if you are looking for a professional graphic designer, click here to get a quote now!

He has chosen to centre his text and his choice of typeface is Copperplate Gothic, created in the 1900s and very popularly used for items of stationery. His choice of such a typeface further reinforces the blunt, brief simplicity of his design, as if to say ‘this is who I am, and that’s it’.

Like Andy Warhol, Ed Ruscha is an artist associated with the Pop Art movement. However, Ruscha was dedicated to creating letterforms and typefaces to a very precise finish, which sets him apart from Warhol who was far more casual with his lettering techniques. He is, first and foremost an artist, but some believe that this attention to detail in his typographic work makes him a very respectable graphic designer as well.

Even if his fans and critics alike cannot decide which discipline he belongs to, it can certainly be said that, when it comes down to simple business cards, Ed-werd Rew-shay is up there as the creator of one of the best and most memorable.

Coming next in the series: Steve Martin