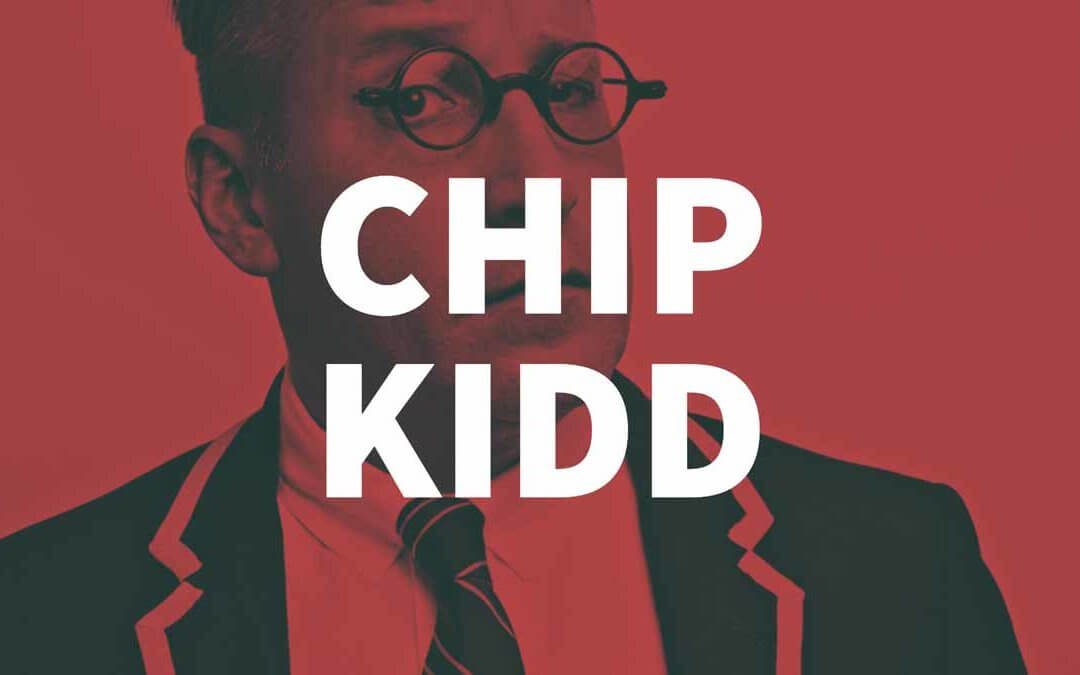 Famous For: His Book Cover Designs

Chip Kidd is a Pennsylvania-born author, editor, and graphic designer, well-known for his work on book covers.

After he graduated from the Pennsylvania State University’s Graphic Design Programme in 1986, Kidd was hired at Knopf as a junior assistant.

This was at a time when book covers were replacing record albums as the “cool, neat thing” for graphic designers to make.”

Throughout his career, Kidd has been a graphic designer, book designer, editor, author, lecturer and musician.

According to Graphic Design: American Two, he has been credited with “helping to spawn a revolution in the art of America book packaging in the last ten years.”

One of the most consistent characteristics of Kidd’s revolutionary style is the fact that his book covers don’t carry one signature look, as he states: “A signature look is crippling… [because] the simplest and effective solutions aren’t dictated by style.”

Kidd began developing his own style of unusual book cover designs and became notable as a sort of maverick in the industry.

His sense of humour translated well to his designs. David Sedaris’ Naked, for example, showcases a pair of boxer shorts on the outer book jacket, which reveals an x-ray of a pelvis on the hardcover when it’s removed.

In 2001, he released his first novel, entitled ‘The Cheese Monkeys’ which became a New York Times Notable Book of the Year, selling over 50,000 copies.

In 2008, he published his second novel, ‘The Learners’ which picked up where the first left off.

In 2012, Kidd spoke to an audience for the excellent TED Talks which has currently surpassed one million views. You can watch Chip Kidd‘s TED Talk here:

A book cover is a distillation. It is a haiku of the story.

Design is a response to a specific problem. You are given a problem to solve, and then you let the problem itself tell you what your solution is.

I wouldn't buy a book simply because I like the cover. I would pick it up. The jacket can call your attention to it. But in that sense, Oprah Winfrey is worth all the jackets in the world. A jacket is basically trying to do what she does all on her own.

You know, it sounds really corny to say it, but since most of my projects are book jackets, for the most part I'm inspired by whatever the book is, or by the manuscript itself. And while there aren't a lot of graphic design “rules” that I adhere to, certainly one of them is…somewhere within the problem lies the solution. I do truly believe that. I think the inspiration comes from the text, and then you sort of take it from there.

A really good book cover has to work regardless of what it's about, on a visceral and emotional level.